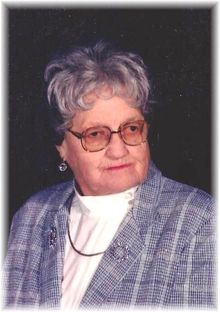 Funeral Services will be Thursday, April 25, 2013 at 10:30 A.M. at the Andringa Funeral Home in Sibley. Rev. Terry Simm officiating. Burial in Holman Township Cemetery in Sibley.

The Andringa Funeral Home of Sibley in charge of arrangements for Matilda Loetscher.

There will be a funeral service on Friday, April 26, at 11:00am, at the First Reformed Church in Orange City. The Rev. Mark Haverdink and Mr. Thomas Hydeen will officiate. Interment will follow at the West Lawn Cemetery in Orange City.

Visitation with the family present will be on Thursday, from 6:00pm to 7:30pm, at the Oolman Funeral Home in Orange City.

There will be a funeral service on Saturday, April 27, at 10:30 am, at the American Reformed Church in Orange City. The Rev. Jonathan Opgenorth and the Rev. Robert De Boer will officiate. Interment will follow at the West Lawn Cemetery in Orange City.

Visitation will be after 5:00 pm on Friday, with the family present from 5:00 pm to 7:00 pm at the Oolman Funeral Home in Orange City.

In lieu of flowers, gifts and memorials may designated to the Tabernacle Baptist Church Missions Fund, George, Iowa.

A funeral service will be held on Friday, April 19th at 11:00 a.m. at the Bethel Reformed Church in Sheldon, IA.  Rev. Troy Van Beek will be officiating.

Visitation will be on Friday, April 19th at the Bethel Reformed Church in Sheldon from 10:00 a.m. to 11:00 a.m., with the family present at that time.  Burial will be held at Memory Gardens Cemetery in Worthington, MN.

The Sanborn Funeral Home is in charge of the arrangements for 46 year-old Bruce Updegraff of Sheldon. 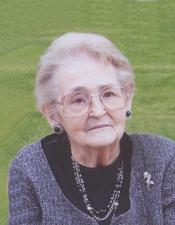 Funeral service will be 10:30 AM, Friday, April 19th at the Congregational United Church of Christ of Rock Rapids. Burial will follow at Bethel Reformed Cemetery at rural Little Rock, IA.

Ethel DeBuhr was born January 20, 1928 near Maple Hill, Iowa, the daughter of Nels and Mildred (Lewis) Christensen. She attended schools in Estherville, IA, Graettinger, IA and Ellsworth, MN, where she graduated in 1946.

She was married to Herman DeBuhr on September 18, 1946. They lived in Rock Rapids, IA and raised four children. She was a member of Congregational United Church of Christ in Rock Rapids. She worked at Hess Café for many years and for Arliss Schoulten at the Brass Lantern. She enjoyed sewing, baking, bowling, playing cards, camping and traveling but mostly spending time with family. On August 27, 1983 Ethel’s husband, Herman died after thirty-six years of marriage. Ethel retired in 1990 but remained active with family and community activities.

In March of 2013 Ethel entered the Rock Rapids Health Care Centre, where she remained until this past Tuesday, April 16, 2013 when she died at the age of 85.

She was preceded in death by her parents; her step-father, Harry Randolph; her husband, Herman DeBuhr; three brothers; one sister; son-in-law, Terry Eggers; and one grandson, Chris Kannegieter.