Funeral Services will be Tuesday, December 11, 2012 at 11:00 A.M. at the Andringa Funeral Home in Sibley. Pastor Sal Maldonado officiating.

The Andringa Funeral Home of Sibley in charge of arrangements for Angelo Torres. 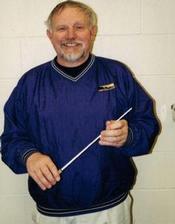 Mass of Christian Burial will be 10:30 AM, Tuesday, December 11, 2012 at Holy Name Catholic Church in Rock Rapids, IA, with Father Jeff Schleisman as celebrant.  Burial will follow at Riverview Cemetery in Rock Rapids.

The Jurrens Funeral Home of Rock Rapids is in charges of the arrangements .

Lorene Petersen, age 83 of Hartley passed away at the Community Memorial Health Center in Hartley, on Thursday, December 6, 2012.

A funeral service will be held on Monday, December 10th at 10:30 a.m. at the Trinity United Church of Christ in Hartley, with Rev. Jeff Filkins officiating. Burial will be at Pleasant View Cemetery in Hartley.

Visitation will be on Sunday, December 9th at the Hartley Funeral Home Chapel in Hartley from 3:00 until 5:00 p.m., with family present at that time.

The Hartley Funeral Home in Hartley is in charge of the arrangements for 83 year-old Lorene Petersen of Hartley. Online condolences may be sent to the family at www.sanborn-hartleyfuneralhomes.com

His services will be 10:30 A.M. on Tuesday, December 11, 2012 at St. Patrick Catholic Church in Sheldon, Iowa with Fr. Allan Reicks ~ officiating. Burial will be in the St. Mary’s Catholic Cemetery in Ashton, Iowa.

Visitation will be Monday, December 10, 2012 after 4:00 P.M. with the family present after 6:00 P.M. at St. Patrick Catholic Church in Sheldon; A Christian Wake Service will be at 7:00pm with a Knights of Columbus Rosary at 7:30pm the Vander Ploeg Funeral Home in Sheldon is in charge of arrangements.

Memorials may be directed to: St. Patrick Catholic School or a Donation in Kelly’s name, to your favorite charity.

Carlis “Kelly” Roth was born April 29, 1933 on a family farm 1.5 miles west of Ashton, IA. He is the son of Louis and Margaret Matilda (Staudacher) Roth and one of 10 children. At age 5, he survived Polio. In 1952, Kelly graduated from St Joseph’s High school in Ashton. After serving in the army and attending several colleges, he went to work on a ranch in Crawford, NE and eventually moved back to work on the Beldt Ranch as a hired man. After working on the Beldt Ranch, he returned to the family farm where he worked in various construction jobs, building grain elevators and roads. He helped in building parts of the Big 4 Soybean Plant and went to work for the plant in 1960. In the late 60’s, he was hired to sell feed and later changed to sell agronomy products; he retired after 37 years of working for Cenex/Land O Lakes in 1997.

On August 19, 1961, Kelly married Doris Baune at St Joseph’s Cathedral in Sioux Falls, SD. They made their home in Sheldon, IA, where they raised their 3 children until they moved to Sioux Falls, SD on Labor Day 2009. Kelly passed away on December 5, 2012 at Tampa General Hospital in Tampa, Florida due to complications from a heart attack, reaching the age of 79 years, 7 months and 6 days.

Kelly was a member of the Holy Spirit Catholic Church in Sioux Falls, SD and a past member of St. Patrick Catholic Church in Sheldon, Iowa; he was also an Honorary Life member of the Sheldon Knights of Columbus. He enjoyed long camping trips with his family and brother-in-law, Virgil and especially enjoyed the western mountains, with his favorite being, Glacier National Park. His hobbies and interests included refinishing furniture, beekeeping, fishing, golfing, dancing, reading western novels and hiking in the mountains. When Kelly and Doris retired they enjoyed spending winters at Avon Palms in Bowling Green, FL where they have many close friends.

He is preceded in death by his parents.

Service will be at 10:00 A.M. on Saturday, December 8, 2012 at the First Reformed Church in Boyden, Iowa with Rev. Matthew Draffen ~ officiating. Burial with Military Graveside Services by the: William Monster Post # 272 of the American Legion in Boyden, Iowa will be held at 9:15 A.M. at the Sheridan Township Cemetery in Boyden.

Visitation will be held Friday at First Reformed Church of Boyden from 4-8pm with the family present from 5-7pm.

A prayer service will be held Saturday at 1pm at the First Reformed Church of  Boyden with the Reverends Tony and Marlin Vis presiding.  Interment will follow at Sheridan Township Cemetery of Boyden.

The Vis Family prefers memorials be sent to First Reformed Church of Boyden, Iowa for their mission fund.

Arrangements have been entrusted to Memorial Funeral Home of Sioux Center, Iowa. Condolences can be sent at www.MFHonline.com.