Her memorial service will be 11:00 a.m. Tuesday, December 18, 2012, at the Faith Baptist Church in Rock Rapids, with Reverend Jeff Poppinga officiating. Burial will take place prior to the memorial service at 9:30 a.m. in the Evergreen Lawn Cemetery in George, IA.

The Jurrens Funeral Home of Rock Rapids is in charge of arrangements.

Stella Anna Mae (Hass) Dahlman was involved and active her entire life. She lived in her own home over 60 years until falling and fracturing her hip October 17.

The older child of Weib C. and Henrietta (Stomberg) Hass, Stella was born February 27, 1919, in Lyon County at her parents’ farm home near George. She attended rural school through the eighth grade. As was common in those days, she spoke Low German at home, learned English for school, and knew High German from church. June 7, 1949, Stella married Irvin Dahlman at George, and the couple worked for local farmers before settling in Rock Rapids in 1952. Throughout the years Stella performed cleaning and childcare duties for others and was employed at the local Crown Jewelers Store from 1973-1996. Irvin lived until 1986.

Stella is survived by her Hass nephew Alan of Kingsley, IA, as well as nieces Karen (Rob) Sims of St. Peters, MO, and Mona (Gary) Marshik of Canton, SD. Stella was preceded in death by nephew Lyndon Hass of George; surviving is niece-in-law Jeri (Alan) Schettler of Worthington, MN. All their children and grandchildren also loved and appreciated having “Aunt Stella” in their lives. Many other relatives, friends, and neighbors mourn her loss.

In addition to her husband Irvin, preceding Stella in death were her brother John W. Hass and his wife Phyllis, along with all the Dahlman siblings and spouses.

In lieu of flowers, memorials are preferred.

Maurice (Dale) Block, age 83, of Ocheyedan, Iowa, passed away on Thursday, December 13, 2012, at the Osceola Community Hospital in Sibley, Iowa.

The Andringa Funeral Home of Sibley and Ocheyedan in charge of arrangements for Maurice (Dale) Block. 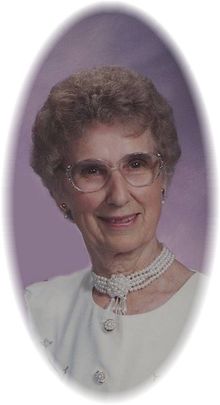 Funeral Services will be Saturday, December 15, 2012 at 10:00 A.M. at Immanuel Christian Reformed Church in Sheldon, Iowa. Rev. Kevin Muyskens officiating. Burial to follow at the East Lawn Cemetery in Sheldon.

Visitation will be Friday, December 14th from 2-8 PM with family present from 6-8 PM at St. Mary’s Catholic Church in Ashton.  There will be a rosary at 4:00 PM and a vigil service at 7:00 PM Friday evening at the church.

In lieu of flowers memorials are preferred.

There will be a funeral service on Wednesday, December 12, at 10:30 am, at the First Reformed Church in Hospers.  The Rev. Milton Sikkema will officiate.  Interment will follow at the Hospers Cemetery.

Arrangements are with the Oolman Funeral Home in Hospers.

Funeral Services will be Tuesday, December 11, 2012 at 11:00 A.M. at the Andringa Funeral Home in Sibley. Pastor Sal Maldonado officiating.

The Andringa Funeral Home of Sibley in charge of arrangements for Angelo Torres.