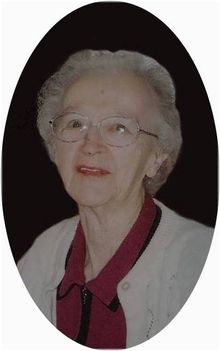 Funeral Services will be Thursday, December 20, 2012 at 1:30 P.M. at the First Baptist Church in Sibley. Rev. Doug Noonkester and Bart De Boer officiating. Burial in the Holman Township Cemetery in Sibley.

Visitation will be Thursday, prior to the Funeral Service from noon to 1:00 P.M. at the First Baptist Church in Sibley.

The Andringa Funeral Home of Sibley in charge of arrangements for Alice Wolter. 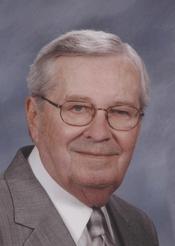 Funeral service will be 10:30 a.m. Friday, December 21, 2012 at the Trinity Lutheran Church in Sibley, with Keith Zylstra officiating. Burial will follow in the Holman Township Cemetery in Sibley, with military honors by the George E. Mudge, American Legion Post No. 324 and the William F. Allard, VFW Post No. 7373.

Visitation will be Thursday, December 20th from 2-8 p.m. with the family present from 6-8 p.m. at the Jurrens Funeral Home of Sibley.

Her service will be 1:30pm Wednesday, December 19, 2012 at the First Reformed Church in Sheldon, Iowa with Rev. David Brower ~ officiating. Burial with will be in the East Lawn Cemetery in Sheldon.

Visitation will be Wednesday, December 19, 2012 after 11:00am until the time of service at the First Reformed Church in Sheldon. The Vander Ploeg Funeral Home in Sheldon, Iowa is in charge of arrangements.

Funeral services will be Friday, December 21, 2012 at 1:30pm at the Vander Ploeg Funeral Home in Sheldon, Iowa with Pastor Beryl Hicks ~ officiating. Burial will be in the East Lawn Cemetery in Sheldon, Iowa.

Visitation with the family present will be Friday, December 21, 2012 after 11:00am until the time of the service at the Vander Ploeg Funeral Home in Sheldon, Iowa.

Helen Mary Erkes, the daughter of Grover C. Sr. and Mary (Schneider) Petitt was born on August 31, 1915 in Osceola County, Iowa. She received her education in O’Brien and Osceola country schools. Helen took care for her younger brother and sister after the death of their mother. On October 20, 1942, Helen was united in marriage to William H. Pangborn in South Sioux City, Nebraska; they made their home in Sheldon. Helen worked as a cook for the Sheldon Hospital for many years. Bill preceded her in death on March 4, 1971 in Sheldon. She remained and continued to work in Sheldon until her retirement in 1973. On July 3, 1973, Helen was united in marriage to Burt Erkes in Sheldon, Iowa and they retired to Arizona. Burt passed away June 21, 2003 in Arizona and Helen returned to Sheldon to live. She passed away Sunday, December 16, 2012 at the Sanford Sheldon Senior Care in Sheldon, reaching the age of 97 years, 3 months and 16 days.

She was a member of the Church of Christ Church. She enjoyed crocheting and canning.

Helen is survived by a step daughter, Lorna and her husband David Lagoo of Sheldon; four step grandchildren and several step great-great grandchildren; two brothers and their wives, G.C. “Bud” Jr. and Darlene Petitt of Sheldon and Paul and Mitzi Petitt of Gillette, Wyoming; and a sister, Eleanor McDuffey of Des Moines, Iowa; and other relatives and friends. 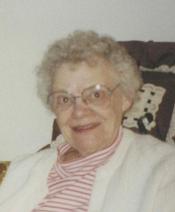 Effie Green, age 92 of Milford, IA and formerly of Boyden, IA, passed away at the Milford Nursing Home in Milford, IA, on Saturday, December 15, 2012.

A funeral service will be held on Wednesday, December 19th at 1:30 p.m. at the United Presbyterian Church in Boyden, with Rev. Rollin Haynes officiating.  Visitation with the family present will be held one hour prior to the funeral service at the church. Burial will be at Evergreen Lawn Cemetery in George, IA.

The Hartley Funeral Home in Hartley is in charge of the arrangements for 92 year-old Effie Green of Milford, IA and formerly of Boyden, IA.

In lieu of flowers Effie’s family wishes that memorial in her name be given to the United Presbyterian Church of Boyden.