Burial will follow at United Reformed Church Cemetery in Hills.

Visitation will be Wednesday, July 25 from 2 to 8 P.M. with family present from 6 to 8 P.M. at the Jurrens Funeral Home of Hills, MN.

Berdella Vander Meulen was born October 31, 1916 at Orange City, IA to Edward and Alice Vander Meulen. Berdella grew up in the Sioux Center, Orange City, Alton and Ocheyedan areas. She worked at home and helped pick corn by hand, milking and housework. Berdella married Frank De Boer on February 20, 1940 at her parents’ home. They began their married life at Rock Rapids, IA and moved to Sanborn, Ocheyedan and back to Sanborn. In 1944 Frank and Berdella began farming and lived on farms by Harris, Round Lake and Lake Park before moving to Hills, MN. Berdella worked at the Tuff Memorial Home to help pay for Christian School tuition. She moved to the Tuff Village in April 2002 and entered the Tuff memorial Home in March 2006. While at the nursing home Berdella made many friends, welcomed new residents, read the Bible and prayed with the residents. She passed away July 22, 2012.

In lieu of flowers family wished donations be directed to the Hills Christian School.

Visitation with the family will be on Sunday, from 2:00pm to 4:00pm, at the church. Arrangements are with the Oolman Funeral Home in Hospers.

A complete obituary is available at www.oolman.com.

A memorial service will be held on Wednesday, July 25th at 11:00 a.m. at the Cornerstone United Reformed Church in Sanborn. Rev. Todd DeRooy will be officiating.

Visitation will be at the Sanborn Funeral Home Chapel beginning at 2:00 p.m. on Tuesday, July 24th with the family present from 6:00 until 8:00 p.m. Tuesday evening. Burial will be at Roseland Cemetery in Sanborn at 10:15 a.m. on Wednesday morning.

The Sanborn Funeral Home in Sanborn is in charge of the arrangements for 88 year old Henry “Hank” Steensma of Sanborn. Online condolences may be sent to the family at www.sanborn-hartleyfuneralhomes.com 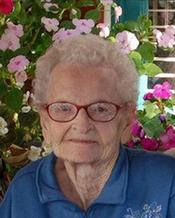 A Mass of Christian Burial will be at 10:00 a.m., Monday, July 23, 2012 St. Mary’s Catholic Church in Ashton, IA. There will be a one hour visitation prior to the service at the church.

Interment will follow at St. Mary’s Cemetery in Ashton.

The Jurrens Funeral Home of Ashton, Iowa is handling services. 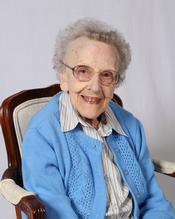