Donald Kuehl 86 of rural Paullina passed away on Sunday October 14, 2012 at the Sutherland Care Center in Sutherland, Iowa

Services will be 10:30 A.M,. Thursday October 18, 2012 at the Zion United Church of Christ in Calumet, Iowa Rev. Barb Weier will officiate with burial in the Liberty Township Cemetery near Calumet, Iowa

Donald Kuehl, the son of Irene Kuehl Hoppe was born June 3, 1926 in O’Brien County, Iowa. The family lived near Calumet, Iowa. He attended country school and then Calumet school, graduating from the 8th grade. He then worked for farmers in the area. He served for his country from 1946 to 1947 during W.W. II. He was united in marriage to Mary Ann Koch March 3, 1949 in Calumet. They worked for two farmers for six years and then moved to Helen Reimer’s farm south of Calumet and lived there from 1966 until the present. He retired from farming in 1992. Because of failing health he entered the Sutherland Care Center several weeks ago and passed away there on Sunday, October 14, 2012 reaching the age of 86 years, 4 months and 11 days.

He was baptized and confirmed at the Zion United Church of Christ in Calumet. He served on the church council and was a member of the Calumet Legion, Sutherland Legion and the Calumet Community Club.

He was preceded in death by his mother, Irene Kuehl Hoppe, three sisters-in-law, Gerda Kuehl, Dorothy Koch, Dorothy Fischer; two brothers-in-law, Arnold Carlson and Marlin Fischer; also aunts and uncles on the Kuehl side of the family.

Helen M. Vlaming 88 of Primghar passed away on Sunday October 14, 2012 at the Sutherland Care Center in Sutherland, Iowa

Services will be 2:00 P.M.Wednesday October 17, 2012 at the American Reformed Church in Primghar, Rev. Dennis Heitbrink will officiate with burial before the service in the Waterman Cemetery in Sutherland, with a graveside service at 1 P.M. on Wednesday.

Visitation with the family present will be from 5 to 7 P.M. Tuesday October 16, 2012 at the Eldridge Family Funeral Home in Primghar.

A visitation will be held Monday from 4-8PM, with the family present from 5-7PM at the Memorial Funeral Home of Sioux Center.

Funeral services will be held on Wednesday, October 17, 2012, at 11:00 a.m., at the Evangelical Lutheran Church of Heron Lake, MN, with Pastor Margaret Yackel-Juleen officiating.  Burial will be in the Hersey Cemetery near Brewster, MN. 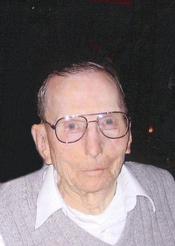 Funeral service will be 10:30 a.m. Saturday, October 13, 2012 at the First Presbyterian Church in Little Rock, with Reverend Scott Burdsall officiating.  Burial will follow in the Holman Township Cemetery in Sibley.

Visitation will be Friday, October 12th from 4-7p.m. at the First Presbyterian Church in Little Rock.

In lieu of flowers memorials would be preferred to the: First Presbyterian Church in Little Rock.

Her service will be at 10:30am Monday, October 15, 2012 at the First Reformed Church in Sheldon, Iowa with Rev. David Brower ~ officiating. Burial with will be in the East Lawn Cemetery in Sheldon.

Joan Marie Whitsell, the daughter of James E. and Helen M. (Ables) Short was born on January 14, 1964 in Sheldon, Iowa. Joan attended school in Sheldon and graduated from Sheldon High School in 1982. She went onto attend Anderson University in Anderson, Indiana and graduated with a degree in education in 1986. On July 26, 1986, she was united in marriage to Barry Whitsell in Sheldon, Iowa where they made their home. In the fall of 1986, Joan became employed with the Sheldon Community School where she was currently a 4th grade teacher. During this time, she also worked as a consultant for Everyday Learning Mathematics. Joan passed away on October 11, 2012, at her home surrounded by her loving family, reaching the age of 48 years, 8 months and 27 days.

She was active in the ministry of First Reformed Church in Sheldon, where she sang and played piano with the Praise Team. She was also a member of TTT and the Northwest Iowa Reading Council. Joan enjoyed reading, music, singing, playing the piano, and attending her children’s school activities. Most of all she enjoyed spending time with her family.

Joan leaves to cherish her memory, her husband, Barry; and their three children; Megan, Jordan and Tanner all at home; her father, James Short and his wife, Ann of Sheldon, Iowa; three sisters and their spouses, Jean and Leonard Linn of Iowa Falls, Iowa; Janet and Luis Mora of McAllen, Texas; Jill and Jeff Ptacek of Prescott, Wisconsin; and other relatives and friends.

She was preceded in death by her mother, Helen Short and an infant sister, Julie Dee Short.