Her funeral will be 10:30 a.m.Wednesday, October 24, 2012 at St. John Lutheran Church in Craig, Iowa with Minister Joel Nye and Pastor Sarah Nye officiating.  Interment will follow in the church cemetery.

Visitation with the family present to greet friends will be after 5:00 Tuesday, October 23, 2012 at the Carlsen Funeral Home in Le Mars followed by a 7:00 p.m. Prayer Service Tuesday evening at the funeral home.  Visitation will continue Wednesday morning at the church from 9:30 a.m. until service time.

Expressions of sympathy can be extended to the family through www.carlsenfuneralhome.com.

Dolores “Dee” Rieck, age 82 of Hartley, IA, passed away at the Spencer Hospital in Spencer, IA on Friday, October 19th.

A funeral service will be held on Tuesday, October 23rd at 1:30 p.m.  at the Hartley Funeral Home Chapel in Hartley with Pastor Len Halvorson officiating.

Visitation will be on Monday, October 22nd at the Hartley Funeral Home Chapel in Hartley from 3:00 to 7:00 p.m., with family present 5:00 to 7:00 p.m.  Burial will be at Harrison Township Cemetery near May City, IA.

Online condolences may be sent to the family at www.sanborn-hartleyfuneralhomes.com.

Visitation will be from 4 to 7 p.m. Tuesday at St. Mary’s Catholic Church in Lake City with a vigil service at 7 p.m.  Lampe Funeral Home in Lake City handling the arrangements.

Rev. Robert A. Thiele was born on December 25, 1925 at Breda, Iowa, the 7th of 8 children born of Frank & Anna (Schulte) Thiele.  He was educated at St. Joseph School in Ashton, IA; Loras College, Dubuque, Creighton University, Omaha and seminary at St. Bernard, Dubuque.  He was ordained on June 4, 1955 at Cathedral in Sioux City by Bishop Mueller and served parishes of St. Joseph & Kuemper in Carroll, Blessed Sacrament in Sioux City, St. Cecelia in Algona, Sacred Heart in Ledyard, OLGC in Moorland, St. Boniface in Charter Oak, St. Mary in Ute, St. Mary in Danbury, & St. Mary in Lake City.  He retired on July 15, 1997.

Survivors include his sister, Irene Richter of Ashton, brother-in-law, Jim Streit of Milford and sister-in-law, Zita Thiele of Sibley.  He was preceded in death by his parents, and six brothers and sisters.

To leave a condolence for the family please visit www.lampefuneralhome.com. 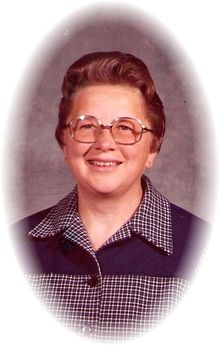 Funeral Services will be Wednesday, October 31, 2012 at 10:30 A.M. at the United Presbyterian Church in Boyden, Iowa. Pastor Rollin Haynes officiating. Burial to follow at the Sheridan Township Cemetery in Boyden.

Online Expressions of Sympathy can be sent to www.andringafuneralhome.com. The Andringa Funeral Home Sheldon Funeral Service of Sheldon in charge of arrangements for Eunice De Jong. 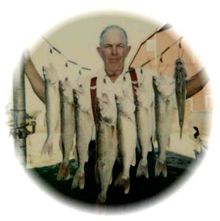 George Loof, age 86, of rural Ocheyedan, Iowa, passed away on Monday, October 15, 2012, at the Country View Manor in Sibley.

Funeral Services will be Thursday, October 18, 2012 at 10:30 A.M. at the First Presbyterian Church in Sibley. Rev. Terry Simm officiating. Burial in the Holman Township Cemetery in Sibley.

The Andringa Funeral Home of Sibley in charge of arrangements for George Loof. Online Expressions of Sympathy can be sent to www.andringafuneralhome.com

LaVon Nettie Black, age 90, passed away on October 14th at the Spencer Hospital.

Funeral services will be held 10:30 A.M., Thursday, October 18, 2012 at the Warner Chapel in Spencer. Rev. Wendy Van Tassell will officiate.  Interment will be at the Riverside Cemetery of  Spencer, Iowa.

LaVon Nettie Black, the daughter of George and Agnes (Fahleen) Brownell, was born September 17, 1922 on a farm near Greenville, IA. She attended school in Greenville, graduating from Rossie High School in 1940.

LaVon married Talmadge “Tam” Black on August 28, 1940 in Luverne, MN. To this union, eight children were born: Jack, Tamra, Kathleen, Patricia, Mary, Jon, Michelle and Jay. LaVon very much loved her children and their families. She worked for Super Valu in Spencer, at Myrtle’s Store in Rossie and lastly, ran the Rossie Store for her son, Jon. Following retirement, LaVon moved to the Sunset Apts. in Spencer and most recently lived at Northshire Residence in Spencer. She was a past member of the Rossie United Church of Christ, where she was active with the women’s fellowship and taught Sunday school. LaVon had a great love for her 23 grandchildren and 17 great grandchildren. She will lovingly be remembered for her wonderful holiday meals and her special chocolate cream and lemon meringue pies.

LaVon passed away at the Spencer Hospital on Sunday, October 14, 2012 at the age of 90. She was preceded in death by her parents; her husband, Tam, on December 26, 1996; a daughter, Patricia Lamberson in 2012 and a brother, Nathan in infancy.

Left to cherish her memory are three sons and their wives: Jack and Clara Black of Primghar, IA, Jon and Lori Black of Spencer, IA and Jay and Lori Black of Huxley, IA; four daughters and their husbands: Tamra & Dennis Gullickson of Moorhead, MN, Kathleen and Lawrence Bame of Hadley, MA, Mary and Steve Niesen of Parkville, MO and Michelle and Michael Davis of Sheldon, IA; 23 grandchildren; 17 great grandchildren; one sister, Marian Schwartz of Green Valley, AZ; two brothers: Rolland Brownell and his wife, Jo of Des Moines, IA and Don and his wife, Marcia Brownell of Clive, IA; other relatives and many friends.