Karen J. Pingel Gano 71 of Sheldon and formerly of Primghar passed away on Sunday September 30, 2012 at the Sanford Medical Center in Sioux Falls, South Dakota

Services will be 10:30 A.M. Friday October 5, 2012 at the Grace Lutheran Church in Primghar Rev. Trudy Peterson will officiate with burial in the Pleasant Hill Cemetery in Primghar.

Visitation will be from 5 to 7 P.M. Thursday with the family present at the Eldridge Family Funeral Home in Primghar. 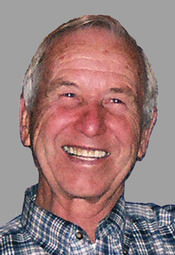 Jurrens Funeral Home of Little Rock is in charge of services.

Willis was born August 22, 1932, in Ward, South Dakota and grew up on a farm in Little Rock, IA. Willis attended a rural elementary school and graduated from high school in Little Rock, IA in 1950. He continued his education at Northwestern College in Orange City, IA, before being drafted into the U.S. Army. He served for 2 years spending 18 months in Korea as a Chaplain’s assistant. After his discharge he returned to his parent’s farm to help his family.

He returned to college at South Dakota State University and pursued a double major in Poultry Science and Agricultural Education and graduated in 1959. During this time he married Twila Russman on May 27, 1958 at Salem Reformed Church in Little Rock, IA.

After graduation he accepted a position with the Dekalb Poultry Division. Together Willis and Twila moved to several communities across the Midwest working for Dekalb. He was also privileged to work in Lohne, West Germany which was a most enjoyable experience. When the poultry operation closed in Fremont, NE he transferred to the Corn Research department. He was employed for Dekalb 26 yrs. before retiring.

Willis was an active member of the American Legion, Buss Johnson Post #316, served on City Council, was a church chairman and deacon, and a lifelong Sunday school teacher at various churches.

He was greatly loved by his family, and touched many lives with his love. Willis was a true example with his words and actions as to what a Christian man should be. He believed in hard work, honesty, and the power of prayer. He lived a Godly example for not only his wife whom he cherished, but also to his children and grandchildren. He left a legacy for all letting the light of Christ shine through him. We can celebrate the life he lived, and know with all certainty that he is now in Heaven with the Lord.

He was preceded in death by his father, mother, and brother Arnie Voss.

A memorial service will be held at 10:30A.M. Friday, September 28, 2012, at the Schuchert Funeral Home. In lieu of flowers, memorials, may be given in Don’s name.

The Schuchert Funeral Home is in charge of the arrangements for 69 year old Donald Christians of Milford.

Jay Raymond, age 87 of Sanborn, IA, passed away at his Home in Sanborn, IA on Sunday, September 23, 2012.  A funeral service will be held on Saturday, September 29th at 11:00 a.m. at St. Andrew’s United Methodist Church in Sanborn.  Rev. Thomas A. Connors will be officiating.

Visitation will be at the Sanborn Funeral Home Chapel in Sanborn beginning at 3:00 p.m. on Friday, September 28th with the family present from 5:00 until 7:00 p.m. Friday evening. Burial will be at Roseland Cemetery in Sanborn, IA.

The Sanborn Funeral Home in Sanborn is in charge of the arrangements for 87 year-old Jay Raymond of Sanborn. Online condolences may be sent to the family at www.sanborn-hartleyfuneralhomes.com 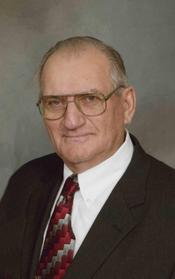 Memorial services will be 11:00 a.m. Thursday, September 27th at First Baptist Church of George with Rev. Steven May, officiating. Burial will be 9:30 a.m. Thursday at the Evergreen Lawn Cemetery at George.

George Eben was born May 16, 1933, at Ellsworth, MN, the son of Alice (Winter) and Andrew Eben. George grew up on the family farm and attended country school. He served his country for two years in the United States Army. On March 25, 1955, he was united in marriage to Genola Klaahsen at the Zoar Presbyterian Church parsonage at rural George, IA. He and Genola made their home in Waynesville, MO, while George was stationed at Ft. Leonardwood until 1956, when they moved to a farm northeast of George. On this farm is where they raised their family, worked the land and raised livestock until he retired in 1998. After moving into George he continued to actively help on the farm. George was a devoted husband and loving father to his children and grandchildren. His care and concern was felt by many over the years with his kind heart and his generosity. In August of 2012, George became a resident of the Good Samaritan Center in George where he died this past Sunday, September 23, 2012, at the age of seventy-nine.

George is preceded in death by his parents, Andrew and Alice Eben; brother, Martin Eben and sister, Tillie Weber.

Visitation will be after 4:00pm on Tuesday, with the family present from 5:00pm to 7:00pm, at the funeral home.