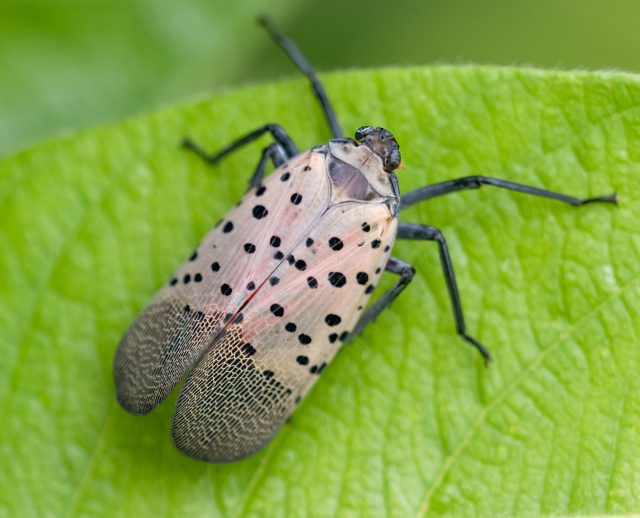 Statewide Iowa — Farmers in Iowa and across the Midwest are keeping a lookout for an exotic bug that was found in Kansas earlier this month.

The spotted lanternfly has bright red hind wings with black spots. Robin Pruisner, with the Iowa Department of Agriculture, says the insect could harm nursery stock and woody plants like trees, shrubs and raspberries.

The state ag department says it beefed up public outreach since the Kansas find. Iowa State University entomologist Donald Lewis says this pest and its “piercing-sucking mouthparts” feed on sap, which will weaken lots of fruit and woody trees.

Kansas and federal officials are investigating after one of the bugs was found in a 4-H project. Native to Asia, the spotted lanternfly was first seen in Pennsylvania in 2014 and is a skilled hitchhiker. The Iowa and Nebraska ag departments have both received reports of possible sightings of the insect, but so far they’ve all been false alarms.