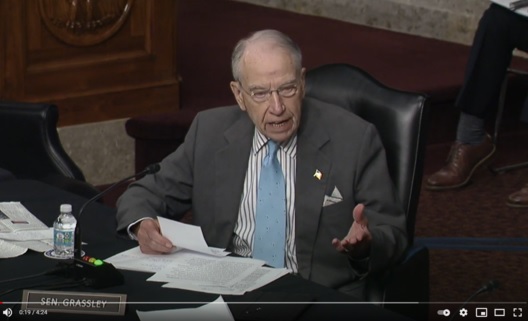 The Biden-EPA has missed the statutory deadline to release Renewable Volume Obligations under the Renewable Fuel Standard.

Iowa Senator Chuck Grassley tells farm reporters that the November 30th deadline for the EPA to finalize RVOs for 2022 has passed, which is not good news for the ethanol industry.

“There’s a certain amount of certainty that comes from RVOs that states how much biofuels has to be mixed with petroleum products,” Grassley said. “The fact that this deadline is being missed is very unfortunate for farmers and biofuel producers because they are facing uncertainty at the volume levels that have not even been proposed.”

Several farm groups have expressed disappointment with the EPA for missing Tuesday’s deadline. Growth Energy tweeted that failing to issue RVOs on time is a missed opportunity to address the ongoing climate challenge.

“While the delays hurt,” said Grassley, “even worse are the reports that EPA is planning to lower these (RFS) requirements, which would very much weaken the incentive to produce and blend biofuels. That is bad for the price of corn and soybeans, it’s bad for jobs in rural America, it’s bad for our dependence on foreign sources of energy, and it’s bad for the environment because biofuels are very environmentally positive.”

Grassley says President Joe Biden is to blame for the EPA’s inability to set RVO levels by November 30th.

“I think I would go where the buck stops at the Oval Office,” Grassley said. “The president campaigned on the support for biofuels when he was campaigning in Iowa, maybe other states as well. He’s a green energy guy and biofuels are much more environmentally positive than petroleum products. He should put his actions as president where his mouth was during the campaign.”

All members of Iowa’s Congressional Delegation took to Twitter Tuesday in criticizing the EPA for missing the RVO statutory deadline.