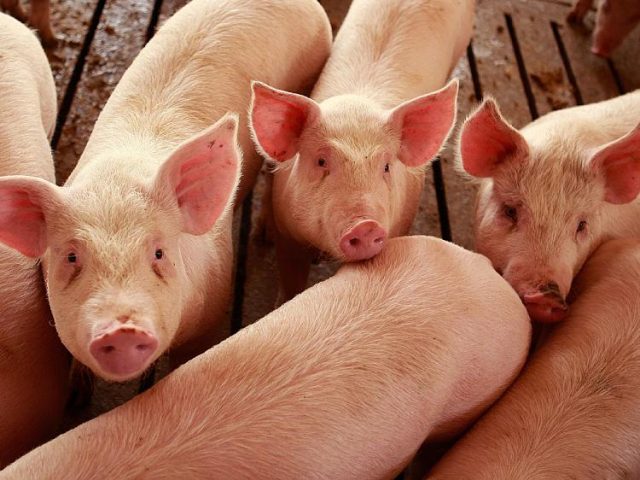 On September 29, the Iowa Department of Agriculture and Land Stewardship and the Inspection Service held a workshop with representatives from the meat processing industry to help familiarize them with state and federal animal health agencies’ response plans. The discussion helped stakeholders in the meat processing industry understand how a foreign animal disease response could affect operations at a harvest facility. The goal is to help identify strategies to minimize operational and supply chain disruptions if an outbreak occurs.

Secretary Naig says that preparing for a potential foreign animal disease outbreak is a top priority for the Iowa Department of Agriculture and Land Stewardship. He says he appreciates the continued collaboration and support from the Inspection Service. He says, “A quick, strategic and coordinated response from state, federal and industry stakeholders is the best way to protect our livestock, economy, trade markets, and food chain if a foreign animal disease breaches the U.S. border.” He says, “We’ve been focused on foreign animal disease planning for several years, but there’s a sense of urgency now that African Swine Fever has been detected in the western hemisphere. We want to make sure stakeholders throughout the supply chain understand our response plans so they can adjust accordingly to minimize disruptions for producers, retailers, and consumers.”

Experts say most foreign animal diseases, including African Swine Fever and Foot and Mouth Disease, do not pose a risk to human health or food safety. If there is a confirmed, positive case of a foreign animal disease at a harvest facility, an epidemiological link to the site, or if the plant is in a control area, deliveries and shipments from the plant may be stopped, permitted, or delayed, which could lead to back-ups on farms.

During the workshop, animal health officials and industry stakeholders discussed steps to ensure animal welfare and enhance biosecurity to prevent the potential spread of the disease. Attendees also reviewed opportunities to build upon plants’ current cleaning and disinfection protocols to continue to protect food safety and help minimize downtime.

This is the latest in a series of foreign animal disease planning discussions, tabletop exercises, and webinars the Iowa Department of Agriculture and Land Stewardship has participated in since 2019. The Department has hosted a series of webinars to help producers prepare, including two during ASF Action week. The recordings are available at iowaagriculture.gov/foreign-animal-disease-webinars.