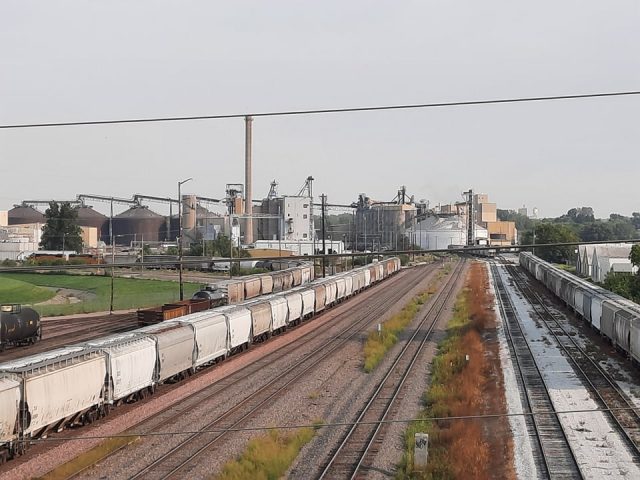 IARN — While producers have been enjoying the higher commodity prices, they also know one truth. As soon as they start making more money, somebody wants a piece of it. I heard that viewpoint shared a lot during the Iowa State Fair and the Farm Progress Show. One Iowa farmer put it this way, “As soon as we start getting ahead, seed, fertilizer, fuel, and everything else under the sun start going up too. It’s like they can’t let us have a good year or two to get ahead. They just want more and more.”

While we can debate on that and look for evidence to support or deny that, the truth of the matter is that it is just one of those economic balancing acts. This is also a discussion for another time. The latest increase we are seeing is the rates for freight on the railroad tracks.

While Iowa is bordered on two sides by major river shipping, it also relies on a vast network of railroads crisscrossing the state. Rails are also the primary transport of our grains to the Pacific Northwest and Canada. Now those prices are on the rise. American Farm Bureau Federation Economist Daniel Munch says that the rate of increase has been as much as 18 percent.

For more on this story, visit the Iowa Agribusiness Radio Network.