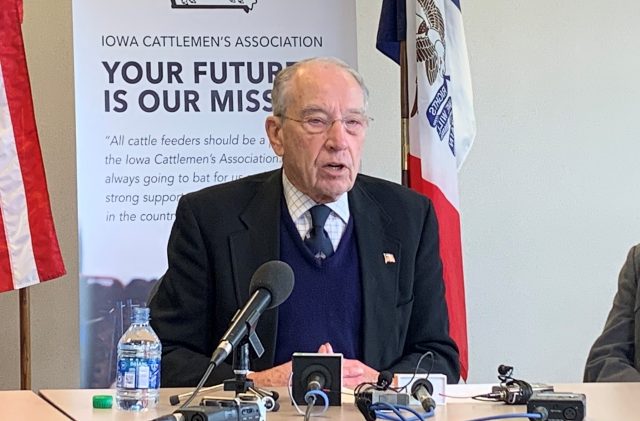 In 2018 California voters approved a ballot initiative (Proposition 12) that established confinement standards for animals sold as meat in the state. The law calls for sows to be housed in larger group pens as opposed to the almost across-the-board industry standard of individual gestation crates.

The law becomes further complicated because it applies to all livestock sold in the state for meat even if it was grown outside the state of California.

The pork producers argue that the case violates the dormant Commerce Clause which prohibits states from excessive burdens on interstate commerce.

U.S. Senator Chuck Grassley (R-IA) was asked Tuesday about the beginning of the oral arguments in the Supreme Court and where he thinks the case is headed.