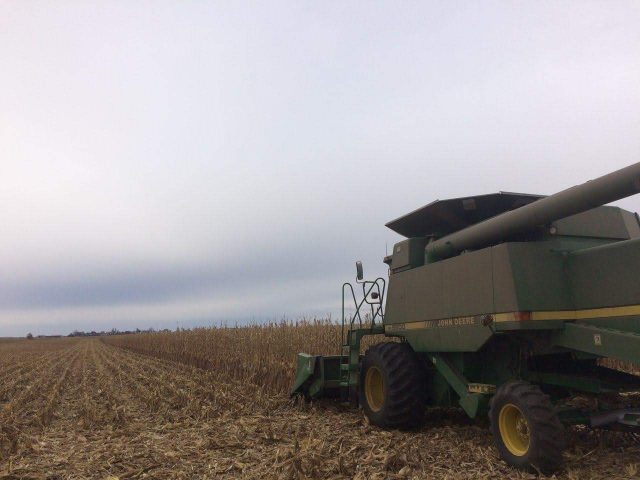 Statewide Iowa — Harvest continues in the Hawkeye State. The weekly crop report from the USDA tells us the soybean harvest is nearing completion on a statewide basis and farmers have a good start harvesting corn.

The crop report says that despite measurable precipitation across Iowa, harvest continued as farmers had 4.7 days suitable for fieldwork during the week ending October 17, 2021, according to the USDA, National Agricultural Statistics Service. Field activities continued to include harvesting soybeans and corn, fall tillage and applying fertilizer.

Virtually all of Iowa’s corn crop has reached maturity. Forty-three percent of corn for grain has been harvested, one week ahead of the five-year average. The moisture content of field corn being harvested for grain was 18 percent. Iowa’s corn condition rated 63 percent good to excellent.

Despite the rain showers, soybean harvest reached 70 percent, one week ahead of the five-year average. Producers in south-central Iowa have over half their soybean crop remaining to be harvested while producers in all other districts have at least 52 percent already harvested.