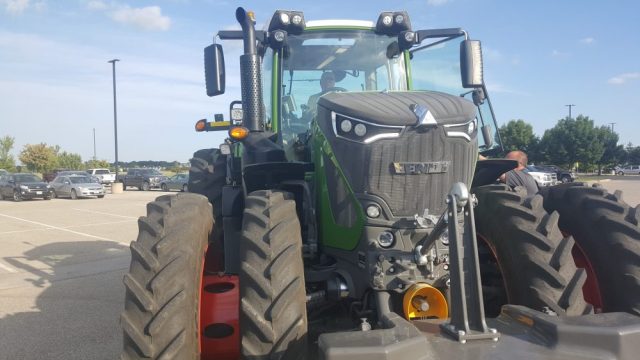 According to the Association of Equipment Manufacturers, U.S. total farm tractor sales gained 1.5 percent for the month of January compared to 2021. On the flip side, U.S. self-propelled combine sales for the month fell 41.4 percent to 205 units sold. Curt Blades, senior vice president of AEM, says January’s sales were strong compared to the five-year average.

“The best way to explain the January numbers is in context of where we were this time last year. However, we have to remember this time last year we were seeing remarkable gains across all categories. So, to be flat is pretty good, even to be down just a little bit is also pretty good considering we’re well above that five-year trend. across all categories.”

“The ag economy in general has had some nice signs of life. There’s a lot of attention being paid to commodity prices. Clearly there are also some concerns with input prices. But I think in general, there’s a lot of optimism out there. So, if you say farmer buying row crop tractors, farmers buying articulated four-wheel drive, those are good things, it’s showing that there’s some optimism out there. There’s also some pretty cool technologies that people are taking advantage of, whether it’s in tractors or combines, we see the growth of precision agriculture and tractors that can drive themselves, it’s pretty amazing when you see farmers really making some significant updates and the machines that take advantage of this technology to have maximum uptime and more efficiency and really just run good operations.”

In Canada, sales of tractors for the month of January were up 6.3 percent overall, led by 100+ horsepower units growing 26 percent, and articulated 4WD units growing 16.7 percent. Combine harvesters were also down in Canada, falling 30 percent to 49 units sold.