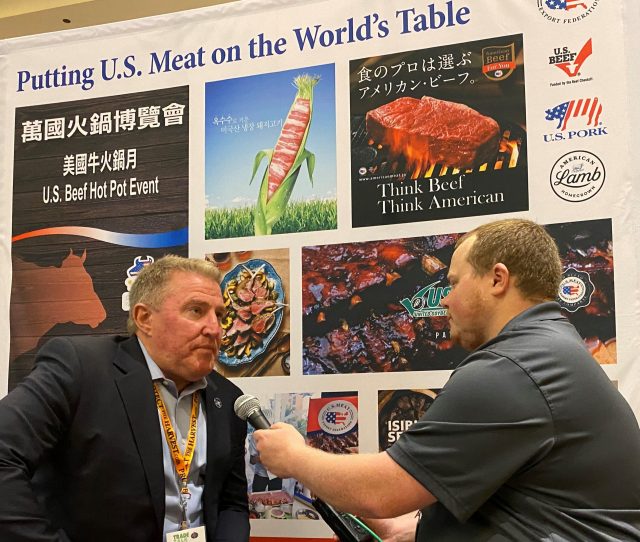 IARN — The U.S. Meat Export Federation says its been a very productive year for beef and pork exports.

At last week’s Trade Talk event from the annual NAFB Convention in Kansas City, USMEF President and CEO Dan Halstrom told IARN that both beef and pork exports remain on a record pace, according to the latest data released by the USDA.

“2021 has been an absolutely phenomenal year in terms of demand,” said Halstrom. “Demand is record-breaking. We’re on pace for new records on both beef and pork in 2021, especially on the beef side. We’re going to be in access of 10 billion in exports just on beef, which would easily be a record over 2018.”

“The beauty of it,” he continued, “is that it’s really broad-based growth. It’s not just one country. We’re seeing large growth in Japan and Korea – two of our biggest markets – but also China. You look at places like the Philippines are growing, and then you swing back over the Latin America where Mexico, Central America and South America are having incredible growth from a year ago. That broad-based growth is the same on the pork side as well. The difference being that China is down but the rest of the world is up. It’s looking pretty good.”

Beef exports posted one of the best months on record in September, with value climbing nearly 60% above last year. Pork export volume was slightly below last September, but value still increased 8%.

For more on this story, including an interview with USMEF President and CEO Dan Halstrom, visit the Iowa Agribusiness Radio Network.