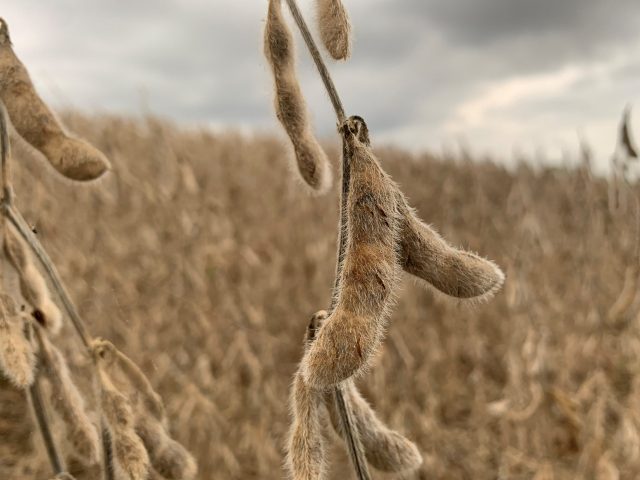 McBride tells IARN that weekly soybean sales were very strong at 2.878 million metric tons. Estimates were high for soybeans, but McBride says the number was much more than anticipated.

“Another friendly week of exports,” said McBride. “The estimated (soybean) range was somewhere between 1.5 and 2.5 (mmt) so it was very good there. We had sales just shy of 1.9 million metric tons to China, which we knew they were going to be a big buyer. They came through and showed that for us.”

“On the corn side of things,” he continued, “we had 1.273 million metric tons. That is the third week in a row of solid and very good corn sales.”

McBride adds the bullish soybean number was nice to see.

“The soybean number was a little bit more friendly than what we were actually looking for,” said McBride. “We knew that China had purchased about 1.2 or 1.3 million tons, but to have them all the way up to 1.9 was a favorable number.”

McBride says the daily wire was active on Thursday as USDA reported a sale of 130,000 metric tons of corn to Mexico during the 2021/2022 marketing year.

“Mexico has been a pretty good buyer here over the last few weeks,” said McBride. “That’s one of the reasons we’ve seen these good sales. That is something that with Mexico being one of our top two largest buyers, we will continue to lean on them for corn sales. It doesn’t seem like China is in the market right now for corn like they were last year.”

The next U.S. Export Sales Report will be released on Thursday, October 28th.