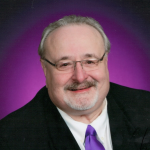 Cooper a 6-5 300 pound offensive lineman who prepped at Sheldon High School under head coach Matt Meendering is a three year letter winner in football and a two time all district honoree. His honors also include being twice named all state as well. Andy has also been selected to play in the Iowa Shrine Bowl this summer at the UNI Dome.

Cooper is a multi-sport athlete at Sheldon High School having earned letters in basketball and track as well as football. Cooper is the son of Stewart and Niki Cooper of Sheldon.

Sheldon Iowa — The Sheldon Orab Basketball Teams celebrated senior night with a sweep of visiting West Lyon Tuesday night. The girls final was 61-53 with the boys game going to the Orabs 55-44.

In the girls game West Lyon was up 20-15 at the end of the first quarter with Sheldon taking a 36-25 halftime lead with five three point buckets falling in the second quarter. For the game the Orabs would finish with nine 3-point buckets. At the end of the third quarter the lead was 47-35 as Sheldon claimed the win 61-53.

West Lyon put four players in double figures with Kate Groneweg hitting for 16 off the bench including four 3-points baskets to share game high honors. Alysa Kock, Tarah Meyer and Stacy Barenschot all had 10 points each.

Senior Collin Wolthuizen led all scorers with 20 points in the night including a 14 point second half. He was joined by another senior Turner De Jong who added 10 points including 4-of-4 free throw shooting in the fourth quarter.

West Lyon was led by BJ Van Roekel who pumped in 13 points. Also in double figures was Chase Grotewold with 11 points on the night.

Sheldon, Iowa — The Sheldon Community Schools Board of Education and Administration will hold a work session Wednesday afternoon (February 4th), beginning at 5:00 pm.  Among the items on their agenda is a discussion of the District’s 2015-16 School Calendar.  The already-approved calendar included an August start date, but the District has recently been informed by the State of Iowa that Districts will no longer be automatically granted waivers to allow them to begin classes prior to September.

Wednesday’s work session will begin at 5:00 pm in the High School Library.

Orange City — Unity Christian swept a non-conference basketball double header from the visiting Sheldon Orabs Saturday afternoon. In a pair of games moved up due to the impending weather the top ranked Knights took the girls game 75-32. In the boys game it went down to the final shot as Unity held on for a 59-57 win over Sheldon.

Unity had three players in double figures getting a game high 22 from Kassidy De Jong. Anna Kiel added 18 with Chanda Zomermaand hitting for 10 points. Sheldon was led by Emily Johnson with 10 points followed by Sydney Iedema with 6 points.

With the Win the Knights, top ranked in Class 2A improve to 17-0 on the year. Sheldon falls to 6-12 on the season.

In the boys game neither team led by more than five points throughout the contest. At the end of the first quarter it was tied at 12-12. By halftime Sheldon had pulled in front 20-18 and led 36-35 at the end of the third quarter. In the fourth quarter Unity would re-take the lead and hold on for the 59-57 win. The game was won at the free throw line with the Knights hitting 8-of-10 in the final quarter.

Sheldon had three players in double figures as well. Collin Wolthizen led the way with 18 points. He was joined by Dylan Ennema with 14 and Ian Jongewaard with 10.

With the win Unity improves to 6-11 on the year with Sheldon falling to 12-5. Up next for the Orabs will be a home doubleheader with West Lyon Tuesday night. Also Tuesday night Unity will host West Sioux as they return to conference play as well.

Sheldon had two players in double figures getting 10 points each from Kayla Van Meeteren and Sami Kleinwolterink. Sioux Center did not have a player in double figures but 11 of their 15 players found a spot in the score book. Mariah Hulstein led the offense with 9 points followed by Alexis Toering with 8 points.

With the win Sioux Center improves to 16-2 on the year with an unblemished 15-0 conference mark. Sheldon stands at 6-11 for the year and 5-10 in the conference.

The boys game was tight throughout. Sheldon went up 18-17 at the end of the first quarter as Ian Jongewaard hit a three from the left corner as time expired. At halftime Sheldon pulled within 35-23 as Jongewaard hit a long range two from the left side as the half came to a close. By the end of the third quarter the Warriors were back in front 48-43. Sheldon took the lead in the fourth quarter and would go on to win it 61-57.

Up next for the Orabs is a Saturday afternoon trip to the Unity Christian Gym with the girls tip off set for 3 pm. The Warriors return to action Tuesday night playing host to Rock Valley.

Northwest Iowa — A full schedule for high school basketball and a pair of conference wrestling tournaments high light the sports schedule for Friday. Wrestling tournaments will be hosted by Sioux Center and LeMars. On KIWA FM we’ll bring you double header basketball with Sioux Center at Sheldon.  Pregame for the girls begins at 6:05. Tip off at 6:15 with the boys game to follow. We’ll stream from www.kiwaradio.com.

Sioux Center at Sheldon
Broadcast on KIWA FM 105.3 with pregame for the girls at 6:05.