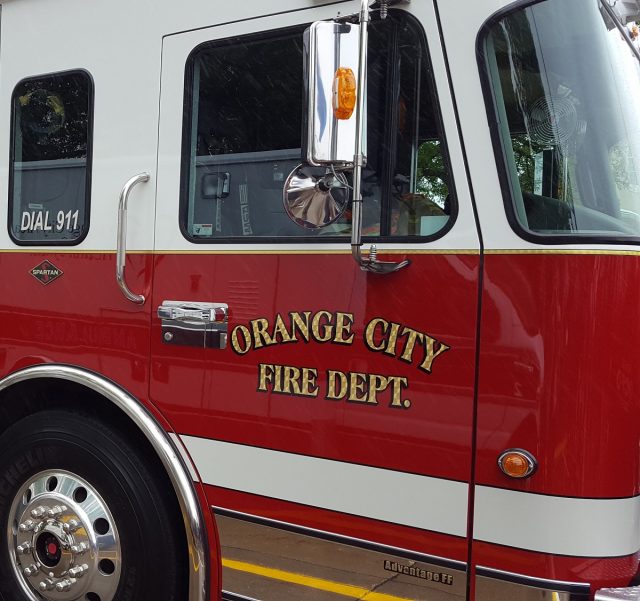 Orange City, Iowa– The Orange City Fire Department was called out for a fire on Wednesday, August 10, 2022, on the north edge of Orange City.

According to Orange City Fire Chief Denny Vander Wel, at about 11:40 a.m., the Orange City Fire Department was called to the report of a controlled burn that went out of control and jumped the creek at 1001 7th Street Northwest (the old Christmas tree farm) in Orange City.

The chief says the fire department saw grass and trees on fire as they approached the scene. He says they used 1-inch forestry hose to put out the fire, but it was somewhat difficult to access as it was on both sides of the creek.

The fire department was assisted by the Alton Fire Department, who brought a water tanker.

Chief Vander Wel reports that the damage was limited to about a half-acre of grass and trees.

He says the firefighters who responded were on the scene for about an hour.