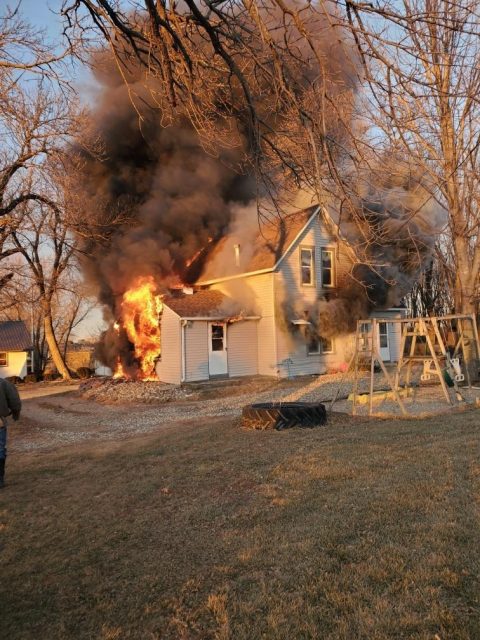 According to Sioux Center Fire Chief David Van Holland, about 4:45 p.m., the Sioux Center Fire Department was called to the report of a house fire at 3594 Garfield Avenue in Carmel, right behind the Carmel store. Carmel is three miles north and three west of the Hardee’s corner in Sioux Center or three miles east of Rock Valley and five south.

The chief says the fire department saw flames coming out of the front window as they approached the scene. He says they used both an exterior and an interior attack to fight the fire.

The fire department was assisted by Rock Valley, Hull, Maurice, and Ireton firefighters.

He says the cause of the fire is undetermined, but the Fire Marshal’s office has been called.

Chief Van Holland reports that the house was totaled in the blaze. Van Holland says two dogs were lost in the fire, and the Red Cross was contacted to assist the occupants in finding shelter.

He says the firefighters who responded were on the scene for about three hours.