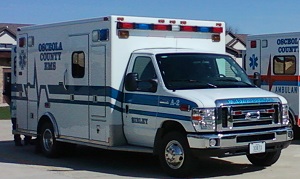 Ashton, Iowa — A Little Rock man was injured Sunday when his SUV rolled near Ashton.

According to the Lyon County Sheriff’s Office, the crash took place in the 2500 mile of Marsh Avenue, southwest of Ashton in Lyon County, when a 2002 Oldsmobile Bravada, driven by 24-year-old Victor Lewi of Little Rock, was northbound on Marsh Avenue when he lost control, entered the east ditch and rolled several times, coming to rest in a field of standing corn.

Lewi was reportedly transported to Avera Rock Rapids for treatment of his injuries.

The accident remains under investigation, according to authorities, but officials say alcohol and excessive speed are believed to be factors.