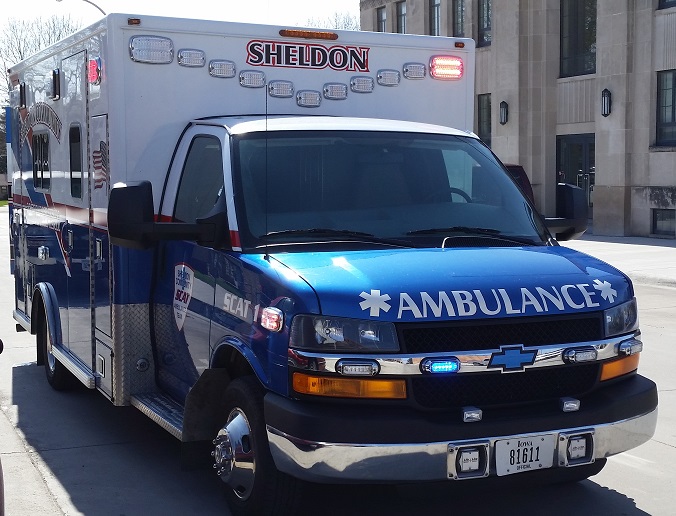 The Iowa State Patrol reports that at about 12:30 p.m., a fifteen-year-old boy was driving a 2018 Honda moped westbound on 280th Street or B14 (the Ritter road), four miles north of Sheldon. They tell us that 71-year-old Bonnie Allison of Spencer was southbound on Highway 60 in a 2016 Hyundai.

The report says that the boy proceeded into the intersection and struck the car.

SCAT took the boy to Sanford Sheldon Hospital with what the trooper called “life-threatening injuries.” Later, the Iowa State Patrol updated the report to indicate that he had died. Allison was not injured.

The Sheldon Fire Department and Sheldon Emergency Management Agency assisted at the scene. The trooper says the accident remains under investigation.