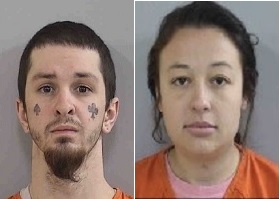 Both individuals, Justice Berntson and Allison Decker had been charged with 1st Degree Murder in connection with the death of Angel Bastman, whose murdered body was found in her Lake Park home in late December of 2020.

KUOO Radio reports that Berntson was sentenced Tuesday to a prison term not to exceed 25-years, with credit for time served. Berntson will have to serve 70-percent of his sentence before being eligible for parole or work release. Berntson had pled guilty late last year of Attempted Murder as part of a plea deal with prosecutors. Two other charges against him; 2nd Degree Theft and Conspiracy to Commit a Non-Forcible Felony were dismissed as part of the plea deal.

Later Tuesday, KUOO reports that District Court Judge Shayne Mayer rendered her verdict in the case of the other person accused in connection with Bastman’s murder. Allison Decker had opted for a bench trial, with Judge Mayer deciding her guilt or innocence, forgoing a jury trial. Tuesday afternoon, Judge Mayer rendered her verdict, finding Decker Guilty of 1st Degree Murder, 2nd Degree Theft and Conspiracy to Commit Theft. A sentencing date for Decker will be set once a pre-sentence report has been prepared.