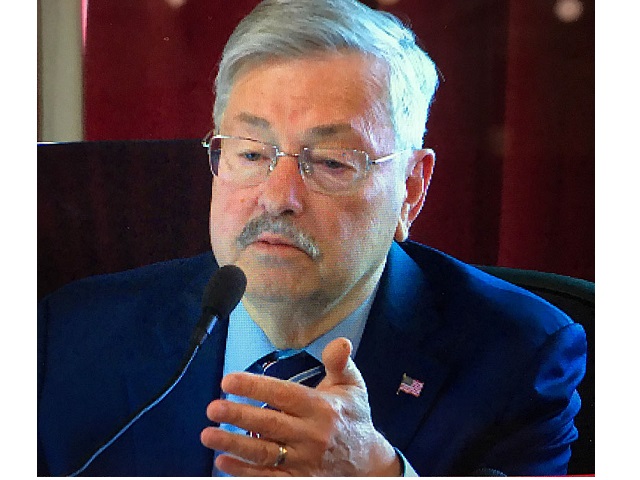 Branstad says the process has a name in diplomatic circles. It’s called a demarche.


Branstad was called to hear complaints about statements other Americans were making about China or if someone from Taiwan had visited the United States.

Branstad, who held weekly news conferences when he was governor, says as an ambassador, it was often frustrating to clear his own public statements through the U.S. State Department.

Branstad says he’s able to freely talk about much of his work in China, now but some of it must remain top secret. Branstad hosted China’s president twice in Iowa, once in 1985 when Xi Jinping (SHEE jin-ping) was a lower-level Communist Party official and then just before Xi became president of China. Xi uses the phrase “old friend” to describe Branstad and others, including President Biden.

Branstad, who is 75, has set up an office on the Drake University campus and has been given the title of “ambassador in residence.” He is planning to host a conference and U.S. and Chinese relations next October.

Previous ArticlePolitical Calls Asking For Money? Be Wary!Next ArticleSome Seeing Family At Thanksgiving For First Time In A Year