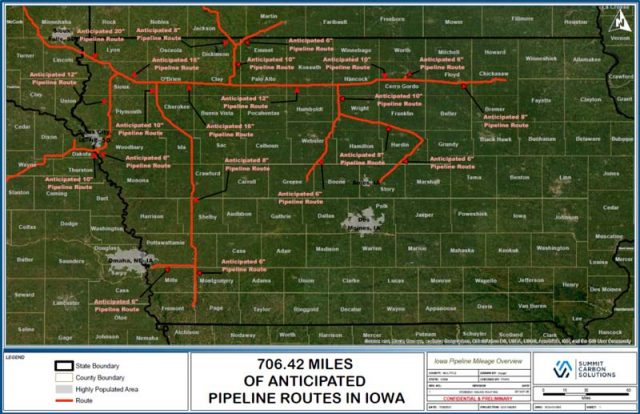 Summit Carbon Solutions plans to build 700 miles of pipeline across Iowa to capture carbon from ethanol plants and bury it deep underground in North Dakota.

Beth Richards’ family farms in Hardin County, which is in the proposed path, and she questions how landowners would benefit from the project.

Summit officials say they see the project as a way to keep ethanol viable and secure a market for Iowa corn. In a public meeting Tuesday, Iowa resident John Norris said the project is a false solution to climate change.

Summit is in the process of holding public meetings in the 30 Iowa counties the pipeline would pass through. After the meetings are held, the company can petition state regulators for a permit.