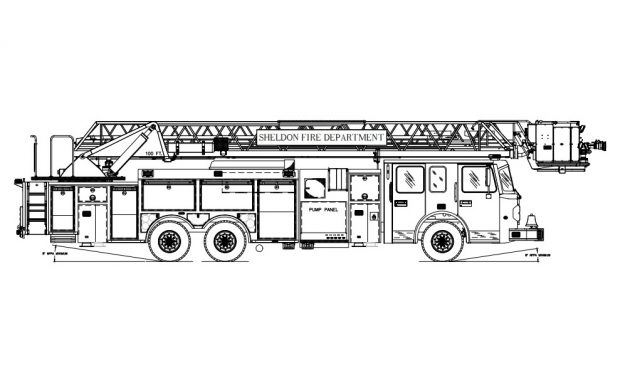 A public hearing was held on the issuance of General Obligation Bonds for up to $1 million to cover the cost of the apparatus, with one citizen comment received by mail. In that letter, Marv Van Riesen urged the Council to postpone the bonding for the truck for up to thirty days so the council could “pursue other avenues for financing.” No other written or oral comments were received during the public hearing.

The Council also held a public hearing on the issuance of up to $2.5 million in General Obligation Bonds to pay for this year’s street projects. No written or oral comments were presented during that public hearing.

The bonding for both the aerial ladder truck and street repair funds were both approved unanimously by the Council. City Manager Sam Kooiker tells KIWA that the two bond issues will be wrapped into one bond in order to save the City substantial bonding costs. He says postponing the first bond issuance would also then have to postpone the second, since they’re being rolled together.

Following the approval of the financing, the Council gave their blessing for the purchase of the new fire department apparatus. Total cost of the unit will be just over $1.066 million dollars, with $180,000 the City received from their insurance carrier for the old truck, acting as the down payment. The truck will be a 2022 Spartan, which will be purchased from Feld Fire in Carroll, Iowa. According to Feld, the estimated completion date in June 30, 2022. In addition, if there are delays to the completion of the apparatus, due to issues directly related to the manufacturer, Feld has agreed to cover the additional cost of the current rental unit from June 30, 2022 until delivery of the new apparatus.