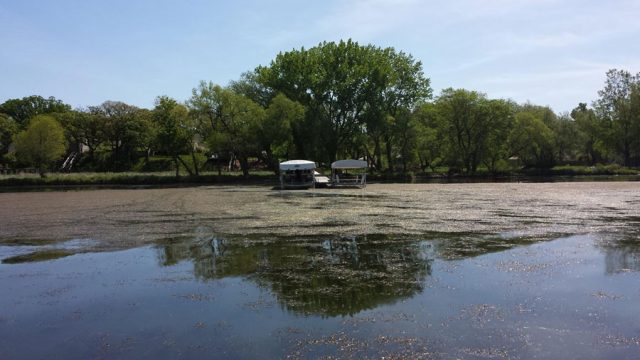 Spirit Lake, Iowa — A state agency is taking another step to limit or eliminate the effects of an invasive plant species in the Iowa Great Lakes.

The Iowa Department of Natural Resources will soon apply a herbicide on the north bay of East Lake Okoboji to try combat curly-leaf pondweed. The weed can get quite dense and impedes fishing, swimming, and boating. DNR fisheries biologist Mike Hawkins says a herbicide called Sonar has been around since 1986, but it’s never been used in the Iowa Great Lakes before.

Hawkins says native plants in the Iowa Great Lakes are dying off, as they do in late fall, but curly-leaf pondweed is just starting to sprout and will keep growing under the ice.

Hawkins says the DNR may expand its mechanical harvesting of curly-leaf pondweed next year. The plant has thick roots, blooms in the spring, and dies in late July.