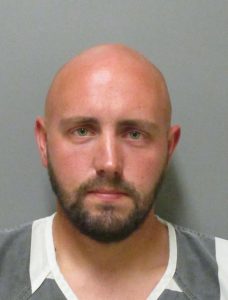 Hull, Iowa — A Doon man has entered a not guilty plea to charges filed against him after a fatal vehicle versus bicycle accident near Hull earlier this month.

According to court records, 27-year-old Seth De Jong of Doon pleaded not guilty to the charges of Homicide By Vehicle – Operating Under The Influence, a class B felony; and Homicide by Vehicle – Reckless Driving, a class C felony.

According to the Sioux County Sheriff’s Office, the crash took place shortly before 6:00 Friday evening, September 3rd. They say 69-year-old Lorna Moss, of Sioux Center, was riding a bicycle northbound on Hickory Avenue in the northbound lane, two miles north of Hull, when her bicycle was struck from behind by a 2006 Dodge Grand Caravan minivan, driven by De Jong.

Deputies say Moss was transported by the Hull Ambulance to Sioux Center Health where she was pronounced deceased by the Sioux County Medical Examiner.

Upon further investigation, deputies said they suspected that De Jong was under the influence of alcohol. At last report, court records indicated no further court dates had yet been set.