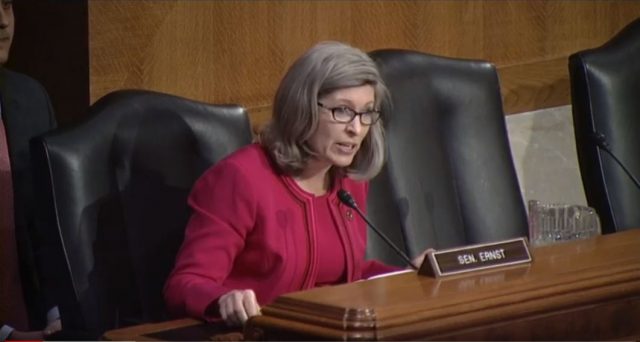 Washington, DC — After what Senator Joni Ernst’s office calls a “years-long, hard-fought effort” spearheaded by Republican Senator Ernst and Democratic Senator Maggie Hassan of New Hampshire, their bipartisan legislation to build a memorial on the National Mall honoring the veterans of the Global War on Terrorism has been signed into law, guaranteeing that the memorial will soon become a reality.

Ernst, a combat veteran of the Global War on Terrorism, and Hassan, a member of the Senate Veterans’ Affairs Committee, say they have worked across the aisle to garner strong support for their effort from more than 50 Democrats and Republicans in Congress, influential public figures, and the six surviving secretaries of Defense—spanning Democratic and Republican administrations. Their bill, the Global War on Terrorism Memorial Location Act, which proposes three locations for the memorial on the National Mall in Washington, D.C., was included as a part of the annual defense bill, the National Defense Authorization Act of Fiscal Year 2022, and is now law.

Ernst’s office tells us the effort gained strong support from several key groups and influential public figures who weighed in on the bill.