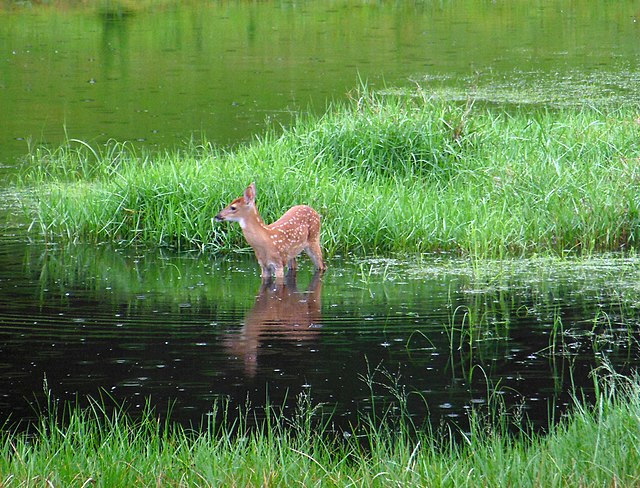 Northwest Iowa — Fawning season is here which means car-deer collisions will likely tick up and the calls have been coming in to field offices and conservation officers for the past few weeks about “abandoned fawns,” and will only increase as the first few weeks of June marks the peak of the deer fawning season.

That from the Iowa Department of Natural Resources. They say callers report finding an “abandoned” fawn in an unusual place, like a flowerbed or small patch of cover. Conservation officers assure us, this is normal deer behavior.

Jim Coffey, forest wildlife research biologist with the Iowa DNR says that the doe searches out an isolated location where she feels safe and on occasion, those places are not what we may think of as ideal. But he says that the doe chose that location because it made sense to her. He says that the worst thing someone can do is to “rescue” the fawn. He says the mom is likely nearby and watching you. Coffey says, “Leave it be or if you did handle the fawn, return it to where you found it and walk away.”

The Iowa Department of Natural Resources (DNR) will not be rehabbing or co-mingling fawns with other deer to avoid the potential of spreading chronic wasting disease – or other diseases – to new areas.

The fawning season also coincides with an increase in deer-vehicle collisions.

Coffey tells us that there is a lot of movement this time of year that is part of the social structure of deer. The doe is on the move looking for a safe isolated place to have the fawns. In addition, last year’s fawns – now adolescents – are starting to venture out to find new space. These yearlings have to make their own decisions for the first time, encounter other adult deer and build new social structures. He says that this movement behavior can occur during all times of the day. Once it settles out, he says the active time will return to dawn and dusk.

Drivers are reminded to drive defensively, avoid distractions, slow down, and not veer for deer. If drivers do hit a deer, they can get a salvage tag by calling either the local conservation officer or local law enforcement. There is no fee for a salvage tag, but it does require that the entire deer is taken.