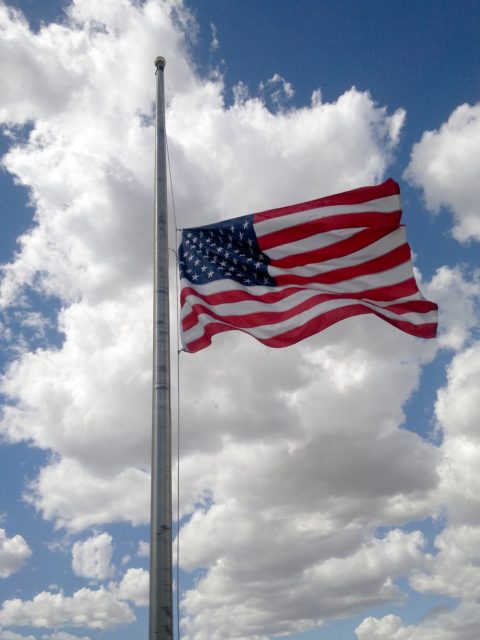 Des Moines, Iowa — Iowa Governor Kim Reynolds has ordered all flags in Iowa to be lowered to half-staff on Thursday, January 13, 2022, in honor and remembrance of Senator Harry Reid, who represented Nevada in Congress and was the Senate Majority Leader from 2007 to 2015.

The governor’s order is issued in conjunction with President Joe Biden’s proclamation to lower the United States flag to half-staff.

Flags will be at half-staff on the State Capitol Building and on flag displays in the Capitol Complex. Flags will also be half-staff on all public buildings, grounds, and facilities throughout the state.

Individuals, businesses, schools, municipalities, counties, and other government subdivisions are encouraged to fly the flags at half-staff for the same length of time.

President Biden’s proclamation says, “Throughout his long career of public service, Harry Reid was instrumental in passing landmark legislation that made a positive difference in the lives of countless Americans and made our Nation stronger and safer. His devoted service to our Nation was not about power for power’s sake. It was about the power to do right by the American people.”