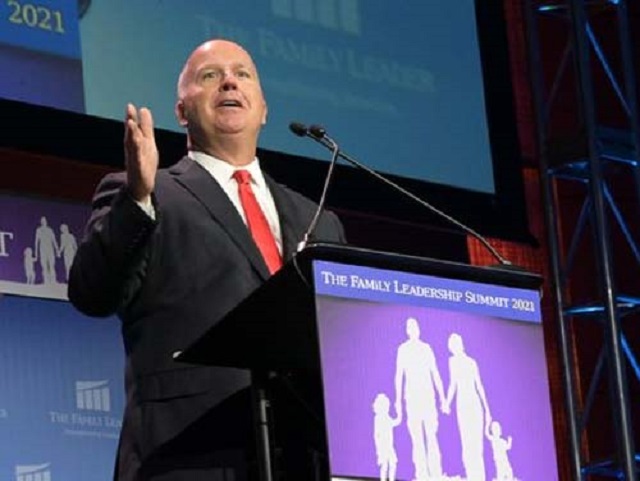 Sioux City, Iowa — The only person in US history to serve as secretary of state and head the CIA was the keynote speaker at the 36th annual Siouxland Chamber of Commerce dinner.

Building security was tight as the former secretary has received death threats from Iran, which he referred to in his comments.

He also addressed the border crisis, warning that a number of people who are security threats are likely entering the country.

The former Kansas Congressman says he will remain in the fight, but says it is too early to tell what his position will be. The event was held September 22nd.