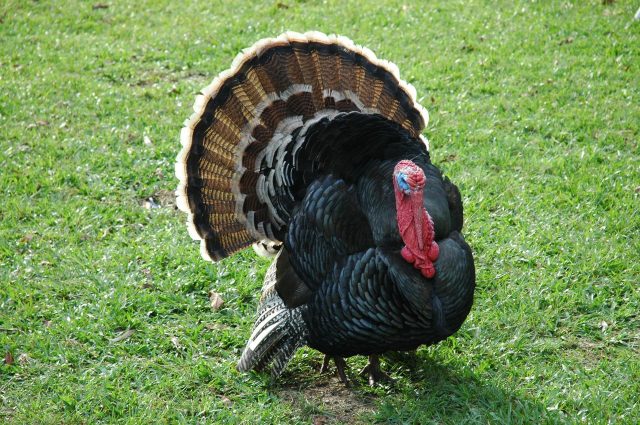 Des Moines, Iowa — An annual Thanksgiving week event outside the governor’s mansion has been canceled, due to bird flu concerns.

American presidents began pardoning turkeys in the 1870s and governors around the country have been holding annual ceremonies, too, to offer clemency to birds that otherwise were otherwise headed to the Thanksgiving table. Alex Murphy, a spokesman for Governor Kim Reynolds, says with a statewide order in place to protect flocks from the threat of bird flu, turkeys will not be transported to Terrace Hill for the annual pardoning ceremony. The event has given Iowa governors a chance to promote Iowa’s turkey industry. Iowa turkey producers typically raise more than 12 million turkeys a year and the state has two turkey processing plants, in Storm Lake and West Liberty.

The governor plans to release a video instead this Tuesday to pardon two turkeys. Last year’s turkey pardoning ceremony at Terrace Hill featured two turkeys raised by the president of the Iowa Turkey Federation.