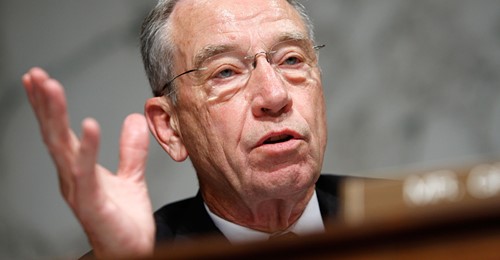 Statewide Iowa — Republican U-S Senator Chuck Grassley is criticizing Democrats in Congress and in the White House for what he says is a worsening “crisis” at the southern US border.

Grassley says the escalating troubles are driven by “lax enforcement policies” as well as the administration granting “sweeping amnesty” for undocumented immigrants and others.

Grassley says Democrats are to blame for making border security a political issue, which he says it’s not.

On another border issue, Grassley says he supports President Biden’s move to end a travel ban of almost two years by allowing Europeans who’ve been fully vaccinated to visit the US starting in November.

The new policy allows visits to the U-S by vaccinated travelers from the 26 European nations as well as several other countries, including China, Iran, Brazil and South Africa.