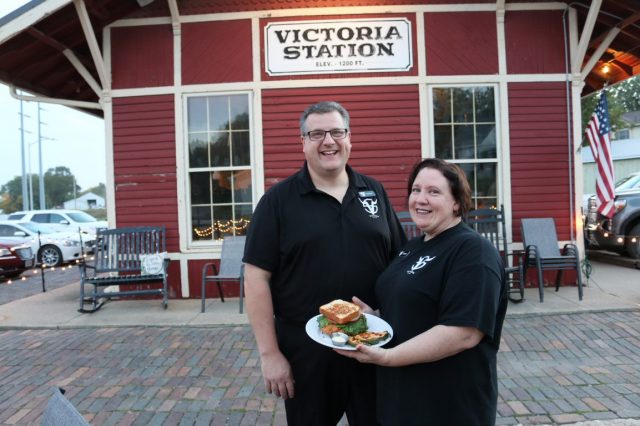 Harlan, Iowa — A southwest Iowa restaurant is being named this year’s Best Breaded Pork Tenderloin in the state, as selected by the Iowa Pork Producers Association. Richard Buman, co-owner of Victoria Station in Harlan, says he’s bowled over by the win.

Buman and his wife, Angela, purchased Victoria Station a year and a half ago. It’s a former railway depot where a restaurant has been in business since the late 1970s. Buman said the past 19 months have been challenging with COVID-19 but he’s staying positive during the pandemic.

As for the award-winning tenderloin, he says they hand cut the meat and do the tenderizing there in the restaurant.

This is the 19th year for the contest, put on by the Iowa Pork Producers Association. Last year’s winner was the Prairie Moon Restaurant in Prairieburg. Victoria Station will receive $500, a plaque and a banner to display for the honor. There were 5,928 nominations received this year for 526 different eateries across Iowa.