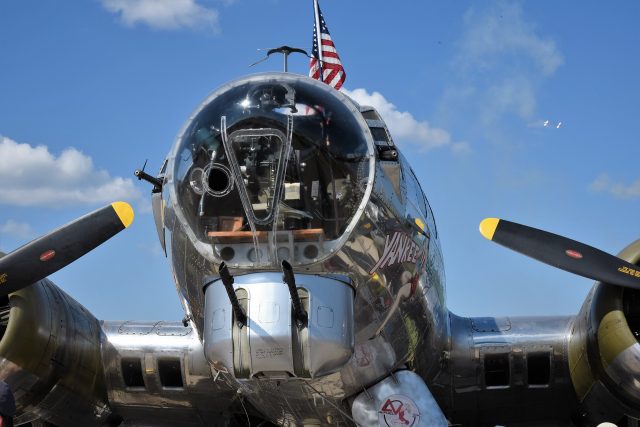 One of the planes was a B-17 bomber known as “Texas Raiders” that flew into Sioux City in July for the 80th anniversary of Sioux Gateway Airport. Larry Finley, director of Sioux City’s Mid America Museum of Aviation and Transportation, says the two pilots and the bomber’s crew members were all well trained.

The restored World War II era bomber collided with a P-63 Kingcobra, a vintage fighter plane. Videos shot by spectators at the event show the Kingcobra fly into the bomber, causing them to immediately crash to the ground and explode. The National Transportation Safety Board had taken control of the crash scene and Finley says the investigation will be slow and methodical.

Finley says Texas Raiders was one of just ten B-17s still in existence and just a couple of them were airworthy.

In July, the Texas Raiders flew for a week in Sioux City, with over a hundred people booking flights on the vintage aircraft.