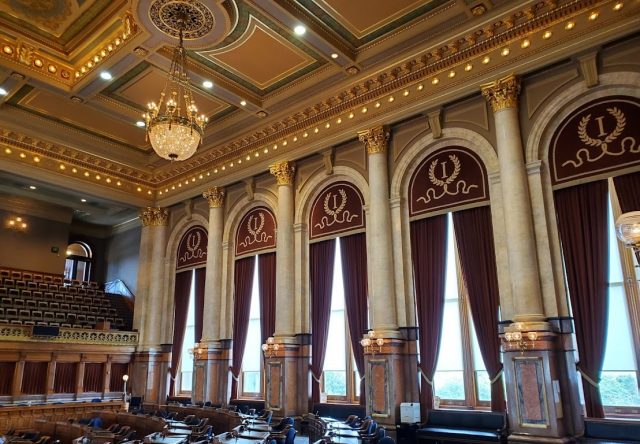 Des Moines, Iowa — An Iowa House subcommittee has endorsed the governor’s plan to provide state-funded accounts for parents, to send up to 10-thousand children to a private school.

The panel held a subcommittee hearing as supporters of the bill held a rally in the Capitol rotunda. Samantha Fett of Carlisle told lawmakers greater competition from private schools will make public schools better.

Pam Molde of Pella, a bill backer, urged legislators to expand the plan and provide funds to parents like her who home school their children.

The bill includes other regulations for public schools. Public school boards would have to publish lesson plans for the entire year before school starts, including the books, articles or films that teachers intend to use during classes. School boards would be given 10 days to respond to parents objecting to books in the school library. The bill also calls for high school students to pass a civics test before they may graduate.