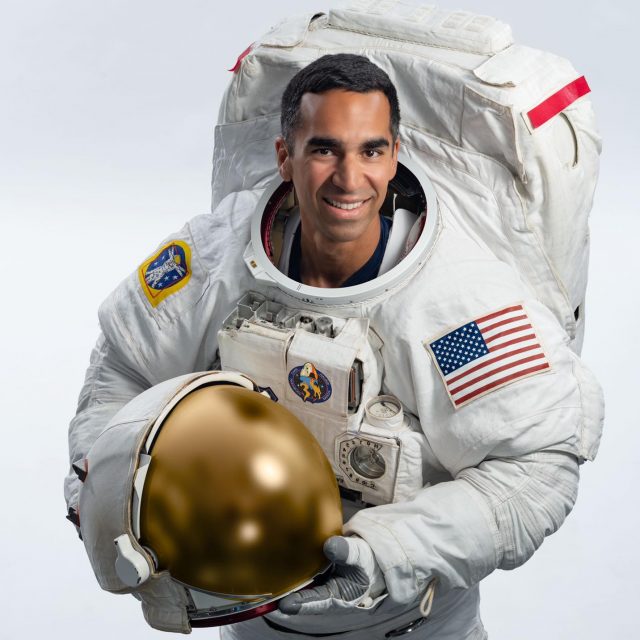 Statewide Iowa — NASA is releasing a video of Iowa native astronaut Raja Chari and four of his crewmates aboard the International Space Station as they prepared for Thanksgiving in orbit.

Chari, who grew up in Cedar Falls, says he’ll be keeping alive a tradition with his wife and kids Thanksgiving Day even though he’s some 250 miles up and moving at nearly five miles a second.

The 44-year-old Air Force colonel and three other astronauts lifted off atop a Falcon 9 rocket from Kennedy Space Center in Florida on November 10th. Daily exercise is vital in the weightless environment of the space station and previous residents have used this holiday to re-create a 5K run after their meal, since they can’t easily go outside for a walk.

In the video aired on NASA-TV, Chari appears upside down as he sorts through the clear plastic packets of freeze-dried food which they fill with hot water for their Thanksgiving dinner. Chari and German crewmember Matthias Maurer an astronaut with the European Space Agency, discovered a treasure trove of edible goodies.

This is Chari’s first space mission and the plan is for him and his crew to be aloft six months.

See the “Thanksgiving from the International Space Station” video below….