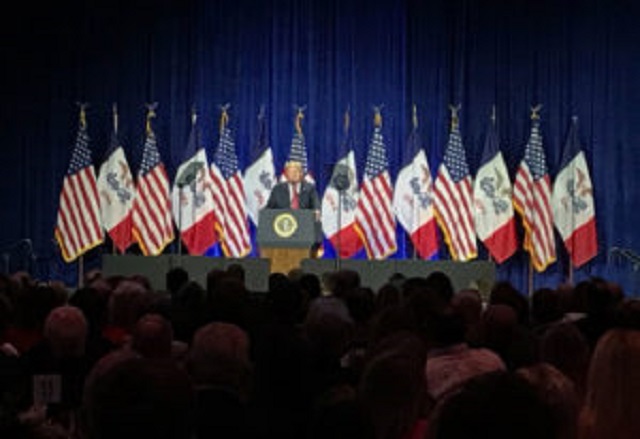 Statewide Iowa — A new Des Moines Register/Mediacom Iowa Poll finds former President Donald Trump’s favorability rating in Iowa is higher now than it was while he was president.

Trump is scheduled to hold a rally in Des Moines this Saturday, his first trip back to the state since leaving office in January. The Des Moines Register Iowa Poll found 53% of those surveyed have a very favorable or mostly favorable view of the former president.