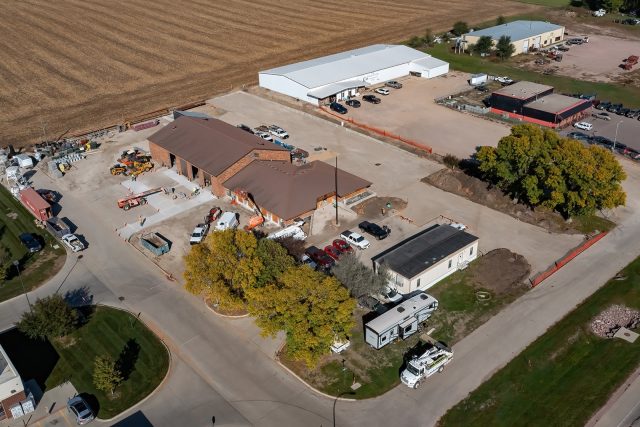 Sheldon, Iowa — If you’ve been on Highway 18 East in Sheldon recently, you may have noticed some construction activity around the MidAmerican Energy building.

We talked to MidAmerican Energy spokesperson Geoff Greenwood about it recently. Greenwood tells us the building, which is between Hy-Vee and Parkway Motors on Highway 18, is called a “service center,” and it’s where MidAmerican bases their local electric and gas operations and support employees.

Greenwood tells us that MidAmerican is remodeling the building, which they used to lease, but they have owned it now for two years and four months. Dirt and underground work can be seen outside the building, and the windows appear to be at least temporarily boarded up.

Greenwood says construction crews should wrap things up in about a month.