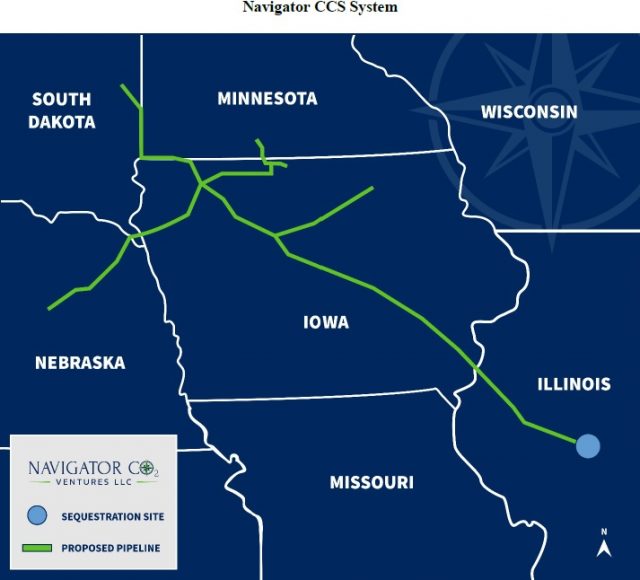 Des Moines, Iowa — Iowa House Republicans appear poised to vote for a year-long moratorium that would prevent the companies planning to build carbon pipelines from seeking eminent domain to seize property along the pipeline routes.

Republican Representative Bobby Kaufmann of Wilton presented the plan in the House State Government Committee and all but one Republican voted for it.

House Speaker Pat Grassley says pipeline companies would still able to negotiate easements with landowners, but this would let the legislature weigh in next year if the companies seek mass condemnation of land.

Democrats on the committee, like Representative Mary Mascher of Iowa City, didn’t object to the idea, but to the unusual parliamentary move used to advance the proposal.

The proposal is now eligible for debate in the full House.