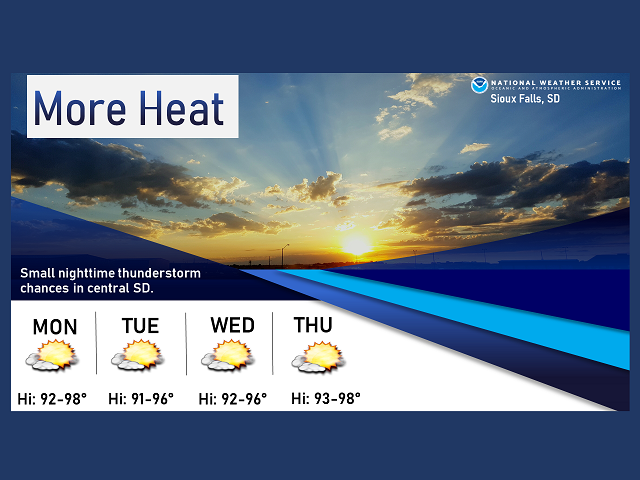 Northwest Iowa — Unseasonably warm temperatures have been around the past several days, including this past Saturday, when the mercury in Sheldon topped out at 100-degrees.

Sheldon’s 100-degree reading tied the all-time June 5th high temperature recorded in Sheldon since record-keeping began. The last time the temperature reached 100-degrees on June 5th was clear back in 1933. And according to Meteorologist Phil Schumacher of the National Weather Service in Sioux Falls, there isn’t a whole lot of relief in sight.

The average normal June high in Sheldon is 79-degrees, but through the first few days of June this year, our average high has been 88. Schumacher says there are two reasons for these hotter-than-normal temperatures.

He says it’s very unusual for the mercury to climb so high for so many days in a row during the month of June.

Schumacher says there is a chance that we might see a little rain this Thursday, but at this point there’s no telling where it may fall. But he says the chance of any severe weather is very low.

He says severe weather has been quite rare this season. In fact, he says, the Sioux Falls National Weather Service has issued a total of just 12 Severe Thunderstorm Warnings across their entire coverage area so far in 2021.