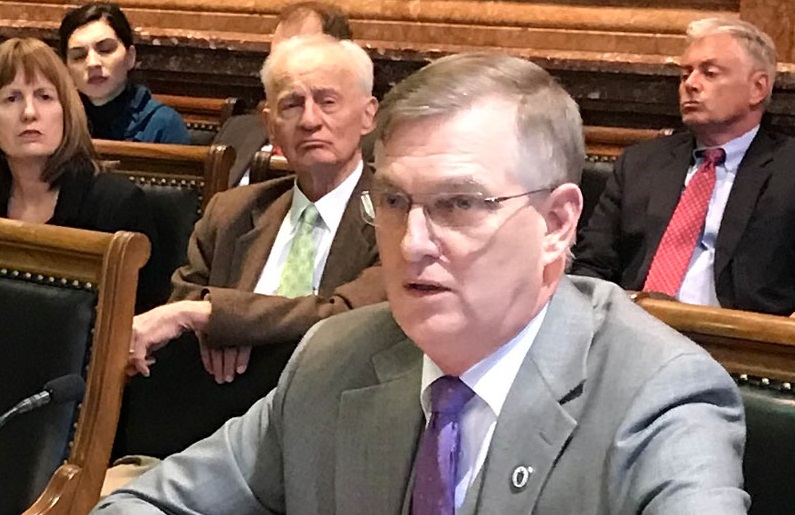 Statewide Iowa — (RI) — Iowa’s colleges and universities are warning legislators of a looming “cliff” or drop off in student enrollment. The decline is projected to be about seven percent, starting in the 2024 academic year. While that’s partly due to a decline in Iowa’s fertility rate, Iowa College Aid Commission executive director Mark Wiederspan says a growing percentage of Iowa K-through-12 students are minorities — and only 55 percent of black and Latino students who graduate from an Iowa high school currently enroll in college.

(As above)  “Take what we are providing you as the best-case scenario,” he says. “It is likely that the decline could be greater than what we are projecting right now.”

University of Northern Iowa president Mark Nook says there are already 15-thousand unfilled jobs available in Iowa, most of which require technical skills gained through some sort of training or a degree beyond high school.

(As Above) “If we’re going to see a decline in our college enrollments and our economy is going to continue to accelerate towards more and more technology, this is a biggest issue for our workforce and our economy than it is for our higher education institutions,” Nook said. “Our higher education institutions are going to be part of the solution because we’re going to work very hard to get more and more of those students into higher ed and ready for those jobs.”

There’s a projected decline in college enrollment in nearly all 50 states. Central College president Mark Putnam says Iowa’s colleges and universities are building relationships with K-through-12 students in Iowa, to make the jump to college seem like the natural progression.

(As above) “If we’re not in there, a bigger barrier can grow because people see us as being separate from them,”

Northeast Iowa Community College president Liang Chee Wee says online classes could expand the number of students who could enroll — but there are pockets of the state where that is not feasible.

(As above)  “Now, when you’re in the school setting, everything is okay,” Wee says, “but some of our students, when you go home, the spinning cycle will be there.”

More than 228-thousand students were enrolled in Iowa colleges, universities and community colleges in 2018/2019 academic year.