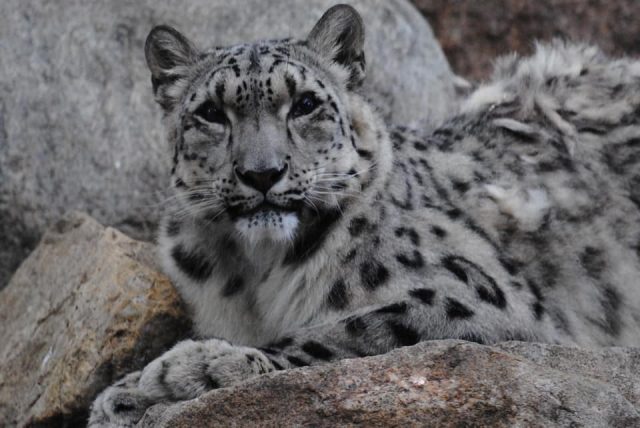 The zoo says the big cat had a cough, a poor appetite, and lethargy this past week. Wednesday, the zoo reported that Keesa, an Amur tiger, had tested positive for COVID-19.

The zoo says other major felines in the facility are showing similar symptoms as Keesa and Baya. Baya’s snow leopard mate, Strut, is showing minor symptoms, according to the zoo.

Like humans, big cats infected with COVID-19 can show symptoms such as coughing and lethargy, says the zoo. They tell us all of the big felines have been removed from public view to protect them and zoo-goers.

Read more from the zoo’s news release below.

SIOUX FALLS: The Great Plains Zoo and Delbridge Museum of Natural History (GPZ) is deeply saddened to announce the death of snow leopard, Baya, on October 7, 2021.

On Sunday, October 3, Baya started exhibiting signs of a cough, which was followed by inappetence and lethargy by October 4. The symptoms displayed by Baya were similar to the symptoms currently being seen from the other big cats in GPZ’s feline complex.

On October 6, 2021, one of GPZ’s Amur tigers, Keesa, tested positive for the virus that causes COVID-19. On October 7, Baya experienced a rapid decline of respiratory function. GPZ’s veterinarian consulted multiple veterinarian specialists, including members of the Association of Zoos and Aquariums (AZA) network. Broad-spectrum antibiotics and other supportive care were administered. As of October 7, a team was developed to provide 24-hour care to Baya in her critical state.

Unfortunately, despite the staff’s best efforts, Baya passed away on the evening of October 7. A necropsy will be performed to investigate the cause of death. All zoo animals have necropsies performed to gather more information to assist in future cases. The necropsy will help identify the primary cause of death and if there were any contributing factors.

“We are deeply saddened by the loss of Baya. Our animal care and veterinary staffs fought arduously and did their best to help give Baya a fighting chance. Each day, our animal care staff work to give our animals high-quality care and their passion and dedication is evident. This loss is a deep wound, and our team grieves together,” Becky Dewitz, GPZ CEO, said.

Baya was 2.5-years-old and came to GPZ from the Akron Zoo earlier this year as a breeding recommendation as part of the AZA Species Survival Plan® program for snow leopards. Her zookeepers describe her as playful and sweet and say it was an honor to care for her. Strut, the male she was paired with, is still residing at GPZ. He is currently experiencing minor symptoms and is receiving prophylactic antibiotics and other supportive care. Currently, his condition is stable.

“It is always tough when you lose any animal unexpectedly, especially one as rare as an endangered snow leopard. AZA has every confidence in the professionals at Great Plains Zoo and the top-notch care they provide to all of the animals living at the zoo,” said Dan Ashe, President and CEO of AZA.

The IUCN Red List identifies snow leopards are vulnerable in the wild, which was upgraded from endangered in 2017 thanks to conservation efforts across the globe.