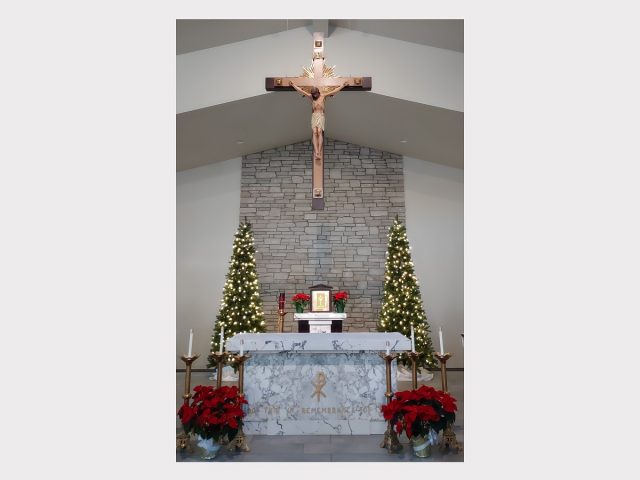 Sioux Center, Iowa — The people of Sioux Center have long had strong ties to the church since the community was founded. Most of the churches in the community are connected with Reformed beliefs of one type or another. But recently, more and more Catholic parishioners have moved into the community — so much so, that another church building needed to be built.

Father Klein says they recently hosted a chamber coffee to give the community a look at the new facility, but they’ve been worshiping in the building since November.

Klein tells us that a lot of the growth has come through their Spanish-speaking masses.

He says the most obvious change is the increase in available space, but he says the new facility also has some other changes.

Klein says he would like to thank all those who were involved with the support of the new facility and its construction.

If you’d like to worship at a mass at Christ The King, Klein invites you to check their website for times, as they alternate with St. Mary’s in Rock Valley. He says right now, they have an English-speaking mass Saturday evening at 5 p.m., with a Spanish mass on Sundays at 1 p.m., and in Rock Valley, their English mass is at 9:00 a.m., with their Spanish mass at 11 a.m., but it will switch in March. So the best thing to do is visit their website at christthekingsc.org.