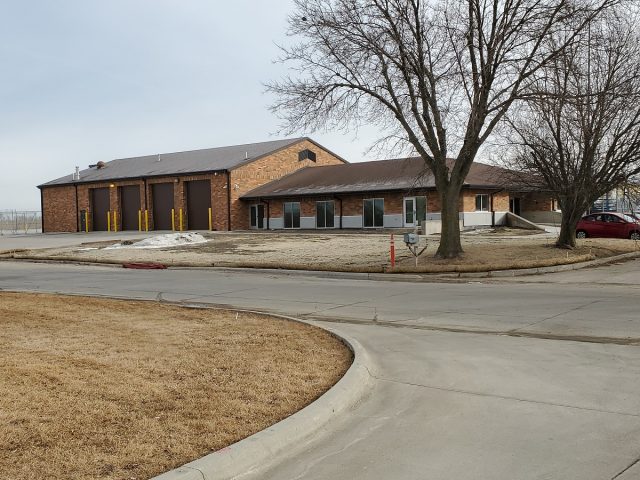 We talked to MidAmerican’s Media Relations Manager, Geoff Greenwood. He tells us they call the 10,000-square-foot building their “Sheldon Service Center.”

He says it was a major renovation project.

Greenwood says the fact that they decided to renovate the building in Sheldon shows their commitment to the community.

He says the building was built in the mid-1980s and served as a building for a predecessor utility company until MidAmerican took over. He tells us they had leased the building since 1999 and purchased the property in August 2019 with plans to renovate it. According to Greenfield, employees are excited about it.

MidAmerican also owns the former ThermoCel site along the Canadian National tracks south of Sheldon’s downtown area, adjacent to one of their substations. The building was demolished in 2020. Greenwood tells us they don’t have any future plans for the property, but they are using it for outdoor storage at this time.