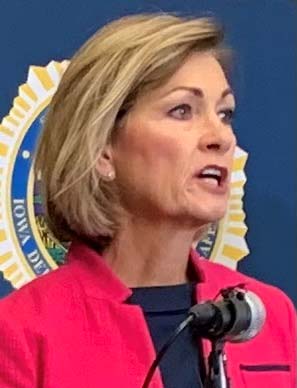 Des Moines, Iowa — Governor Kim Reynolds is among a dozen GOP governors who’re urging the U-S Supreme Court to overturn previous rulings on abortion and give states the authority to regulate the procedure.

An Iowa based spokesperson for Planned Parenthood says it’s clear the governor’s goal is to ban abortions in Iowa. Reynolds is among about 250 Republican office-holders from around the country who’ve expressed support for Mississippi’s law that bans most abortions after the 15th week of a pregnancy. The Supreme Court has scheduled legal arguments over Mississippi’s law during the court’s next term, which begins in October, with an opinion expected by next June.