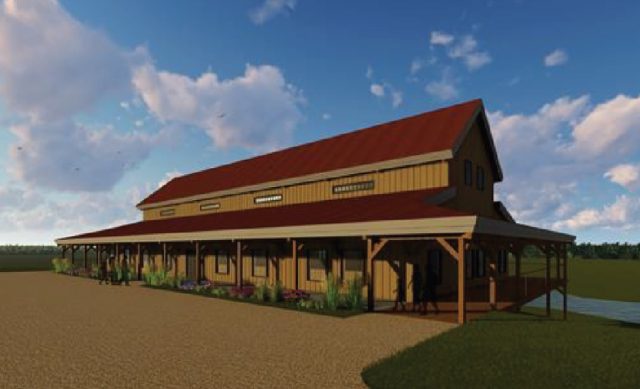 Lake Pahoja, Iowa — The Lyon County Riverboat Foundation has set November 11th as the date when they will announce the amount of funding and project details for the latest round of grants. But for the first time ever, the ceremony will NOT be held at the Grand Falls Casino & Golf Resort near Larchwood.

The foundation’s board of directors tells us fifteen different organizations with requests for over $604,000 were granted funding and will be receiving the award at the Awards Ceremony. Foundation president Randy Waagmeester of Rock Rapids tells us about the change.

Waagmeester tells us it’s unknown if they will have future ceremonies at Lake Pahoja, but he’s fairly certain they will be back at the casino at some point, especially for their Mini-Grant Ceremonies, as the large banquet hall at Grand Falls works great for the larger audience those ceremonies draw.

Receiving grant funding on November 11th will be

The foundation is the non-profit license holder for the Grand Falls Casino. State law mandates a certain percentage of the casino’s gaming take has to go back to the community. The agreement between the casino and the non-profit stipulates that for the first $20 million the casino collects in gambling winnings in a year, they will give the foundation 4.5 percent. When they get up to $20 million, the percentage goes up to 4.75 percent; and when they get up to $30 million, it goes to 5 percent.

The Lyon County Riverboat Foundation is set up to give half of the money in grants to county government subdivisions and schools, and the other half in a competitive grant process to non-profit projects.

For more information about applying for a grant, you can contact the foundation at (712) 472-0111. Waagmeester says the board meets the third Monday of every month at the Frontier Bank Building in Rock Rapids, and meetings are open to the public.