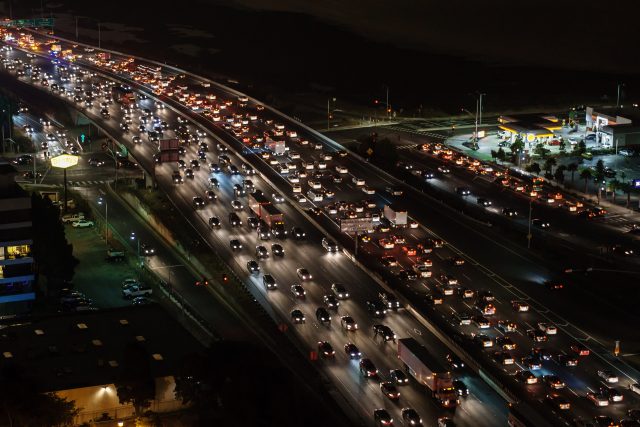 Statewide, Iowa — Many Iowans will be making road trips to see family and friends this Thanksgiving weekend and they’re being reminded to obey the rules of the road, starting with buckling up.

State Patrol Trooper Ryan Devault, based in Council Bluffs, says there have been 302 people killed on Iowa’s roads since the beginning of the year.

The number of reckless, impatient and aggressive drivers has been rising, he says, since the pandemic began to wane and more motorists took to the road. Devault says many accidents involve some sort of bad driver behavior, like weaving in-and-out of traffic, tailgating and brake-checking other drivers. He says one of the most important things drivers need to be is patient.

Distracted driving is another factor in many crashes, he says, and motorists need to keep their eyes and minds on the road.

Last year in Iowa, 11 people were killed on the state’s roads during the long Thanksgiving weekend.