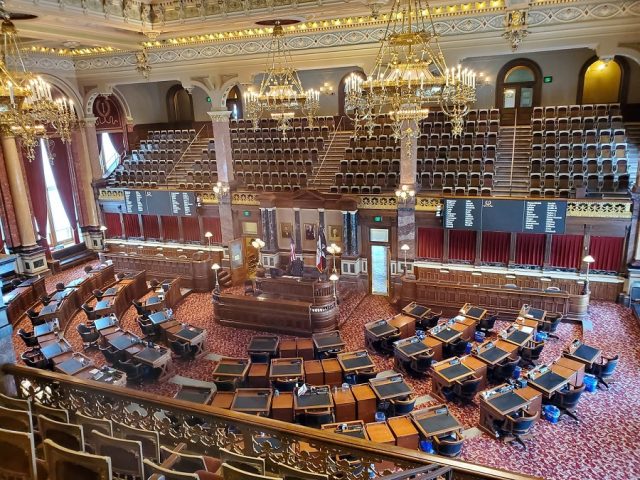 Statewide Iowa — Republicans in the Iowa Senate are considering changes in the process for nominating district court judges after Governor Kim Reynolds accused a judge from Humboldt of unprofessional behavior as he led a local nominating commission.

Reynolds rejected a slate of candidates for a district court judgeship in November after fielding complaints that the judge leading the nominating commission coached one candidate and made negative comments about another. A Senate bill would remove the chief district court judge from local nominating commissions and let the governor appoint a majority of the commissioners. Republican Senator Julian Garrett of Indianola says while the incident this fall was extreme, he’s heard similar concerns in other Iowa districts.

The Iowa Judicial Branch and the Iowa Supreme Court are opposed to the bill. Caitlin Jarzen is the state court administrator.

Other opponents say the proposed change would inject more politics into the judicial selection process. The proposed change for the commissions that nominate district court judges mirrors a law passed a few years ago for the nominating commission that picks finalists for the Iowa Supreme Court and Court of Appeals. The governor then appoints a justice from the list of nominees.